Ethernet, standardized as IEEE 802.3 was developed by Xerox, DEC, and Intel. It uses physical bus and star topologies, the original Ethernet ran at 10 Mbps but over the years newer versions were introduced such as fast and gigabit Ethernet which ran at 100 Mbps and 1Gbps respectively.

Initially, Ethernet was based on the bus topology, shared infrastructure using coaxial cable, but as network requirements grew this design was not scalable and performance issues were faced, this led to the replacement of coaxial cables by twisted pair cables and switched Ethernet which uses switches as a central point of connectivity replaced shared Ethernet.

Ethernet specification also defined a mechanism known as Carrier Sense Multiple Access/Collision Detection (CSMA/CD) which is used to govern communications over a shared Ethernet segment. On a shared segment, collisions occur when two or more systems simultaneously send frames.  With CSMA/CD algorithm any system that needs to communicate over the network will first listen to the medium to check if any other systems is transmitting, if not it will transmit the frame. If any collisions occur the attached systems will detect it and cease any transmission. After a random time interval, the systems will attempt to transmit if they detect silence on the medium.

Shown below are examples of shared and switched Ethernet LANs 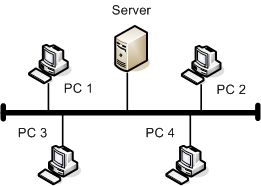 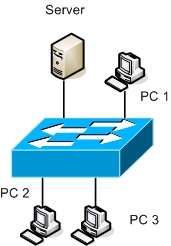 In today’s lesson, we covered three important data link protocols. Token Ring and FDDI LANs are very rare today and almost all LANs are built using Ethernet technologies. As we move further we will learn in detail about Ethernet and LAN technologies.