History of the CCIE Certification

Believe it or not, the Cisco Certified Internetwork Engineer (CCIE) program was announced to the public roughly 20 years ago on September 27th, 1993 by John Chambers. At that time, Mr. Chambers was merely a Vice President and he was a huge proponent for Cisco to create a certification that would be considered the premier IT certification in the world. I think we can all agree he was definitely successful in doing so with the CCIE program.

So for those of you who are about to embark on the journey of becoming a CCIE, you should probably know a little bit about the history and how the CCIE certification format came into existence. Similar to other professions so you can appreciate what our forefathers have done to get us where we are today!

The roots of the CCIE came about from an experience of Cisco legend Stuart Biggs. Mr. Biggs was the first CCIE and that honor was bestowed to him on July 19th, 1993. So the first fun little fact is the original name of the program was going to be Cisco Top Gun and they even had cool Top Gun fighter pilot style jackets similar to those you seen in the Top Gun movie. But then as with most things in life, the lawyers saw that since the Top Gun movie was released a few years earlier, Paramount might have a few issues with Cisco using the Top Gun name and so they decided to change to change the name of the certification to the Cisco Certified Internetwork Expert. Which in hindsight is probably a good thing. As what would you call your CCNAs? Little Guns?

So back to the history lesson. Mr Biggs who has a BS and MS in electrical engineering from Stanford Universitey was a technical lead at Cisco in software, voice and video development. Previous to that, Mr. Briggs was involved with the “3 Wizard” course at 3Com which was considered a in-depth course that went all the way down to the protocol level. But there was one glaring gap in the training which was it was all theory and there was no real practical application that could help set the boys apart from the men. This seemed to stick with Mr. Biggs as we will see in a bit.

So around August 1992 Mr. Biggs was asked to go to train some of the lead network engineers at Ford Motors on Cisco’s slick new AGS, AGS+ and MGS products in addition to some TCP/IP and X.25 theory. 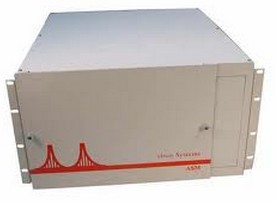 But the request was to make sure the individuals in the training class really got to get their hands dirty so they could learn the products well. So Mr. Biggs would spend the preceding night thinking about ways in which he could break the lab topology he created and have the students try to figure out exactly how his devious mind worked! Well, the response to this innovative teaching format was so positive, that this made its way up the Cisco management chain to John Chambers.

So a few months later, a team lead by Mr. Biggs was put together to help create the curriculum that would eventually become the CCIE certification. This is where they devised and applied the concept of improving on the detail oriented training that 3Com had devised and complimenting it with real, hands on exercises that would demonstrate beyond a shadows of a doubt that you would be able to fix the network in which you were hired to support. There would be no brain dumping here. They also decided to include a written exam. This way it provided a methodology to weed those out who were not really qualified to sit the CCIE lab exam yet. In fact, the CCIE exam was originally a two day exam of configuring and troubleshooting which changed around late 2001 and went to a one day lab exam.

So who was the first non-Cisco employee to be subjected to Mr. Bigg’s new testing format? It was Terry Slattery who at that time was working as a consultant to Cisco and still holds his Cisco CCIE certification. Mr. Biggs acted as the proctor in the two day exam. Who knew the history that those two gentelemen were creating that day. Mr. Slattery was the first person to pass both the written and hands-on lab that was not an employee of Cisco. Since that time, the CCIE program has evolved and it has proven to be the world class certification that Mr. Biggs and Mr. Chambers set out for it to be. You now not only have the CCIE Routing and Switching disciplines to aspire to attain, but you can also become CCIE certified in Security, Service Provider, Voice SAN, Wireless, CCDE, SP Ops and CCAr.

We hoped you enjoyed this history of the CCIE certification article.