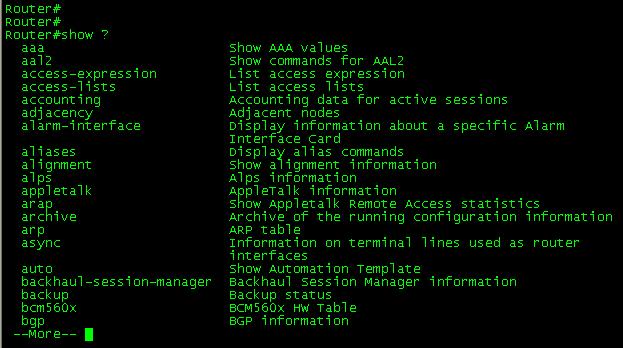 If an abbreviation of a command is typed and then followed immediately by a question mark without space, the IOS help facility displays all of the commands or command arguments that begin with the letters typed. That is IOS shows the possible ways of completing the word that ends with the question mark. The figure below shows the commands that begin with show i character sequence when ? is used just after it.

Cisco IOS allows all types of commands and commands arguments to be abbreviated to the number of letters that make them unique. This feature comes in handy when there is a lot of configuration work in Cisco IOS and improves the usage of Cisco IOS Command Line Interface (CLI)

Another great feature in Cisco IOS is that it allows creating abbreviations for any IOS command using the alias command. To create a command alias, issue the alias command in global configuration mode. The syntax of this command is as follows 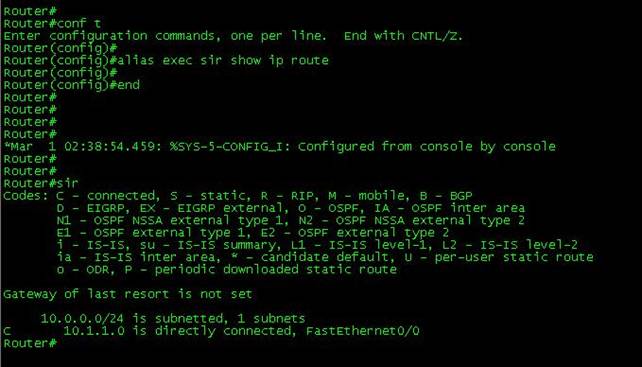 This brings us to the end of this article, there are various features in Cisco IOS that improves the experience of command-line interface. Cisco CCNA certification expects that a candidate be aware of such options, hope you enjoyed this tutorial. Good Luck in your studies