We can consider Routers A, B and C as there sites of a company who have purchased Frame-Relay service from a provider.  Each site connects with the Service Provider using a single link but using Frame-Relay technology virtual connection can be provisioned either on-demand or permanent to create various topologies like Hub-and-Spoke, Partial Mesh or Full Mesh.  Figure 2 shows the concept of Virtual Circuits. 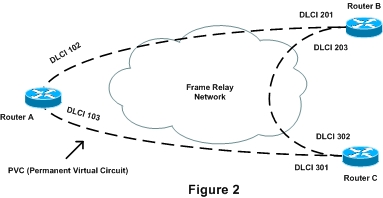 Table 1 specifies the various Frame-Relay Terminologies used in Figure 1 and 2.

LMI is signaling mechanism used between a Router (DTE) and Frame-Relay Switch (DCE) for managing and maintaining the connection between devices. A Cisco router supports three types of LMI mentioned below

A Frame-Relay router encapsulates a Layer 3 Packet in a Frame-Relay header and trailer. There are two options available on Cisco routers as mentioned below

The DLCI is mapped to a Network layer destination address and when date needs to be transported over the frame-relay network to the remote destination it is encapsulated inside a frame-relay header. Each DLCI is mapped to a corresponding remote destination network address. As the frames are transported across the Provider, the frame-relay switch will change the DLCI values and when the frames are received the DLCI value will not be the same as it was when the frame entered the frame-relay network, hence the value of a DLCI is of a local significance only. Thus each Virtual Circuit between two DTE devices will have at least two DLCI. This type of addressing is known as local addressing

As mentioned previously frame-relay is non-broadcast multi-access media, which means that there must be a mechanism for Layer 3 to Layer 2 resolution. Consider figure 2, a company lets say ABC has purchased frame-relay WAN service from a provider to connect three of its offices. It will be using IP network 192.168.1.0/24 on the WAN.
Table 2 shows the WAN IP Address and Interface for each site

If Router A needs to communicate to Router B, it needs to map the IP Address of Router B to the local DLCI assigned by the Provider for the VC between A and B. Layer 3 to Layer 2 mapping can be done either manually or dynamically through the use of Inverse ARP.

We will use Figure 2 and Table 2 in this section for reference.

This will be the most basic configuration, and all other routers will be configured in a similar manner and only the IP Addresses at each router will be different.

Through the use of Frame-Relay LMI all DLCI will be assigned to the main interface and Inverse-ARP will dynamically map the IP Address to the local DLCI. If however Inverse ARP is disabled we can statically do the mapping as shown below.

Point-to-Point Interfaces can terminate only a single VC and each pair of sub-interface must have a unique subnet.

We have now completed an essential topic of CCNA Certification and most of the readers by now have a sound understanding of Frame-Relay concepts and configuration techniques.