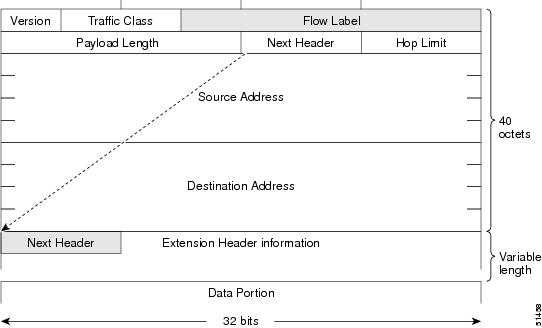 The 40-byte IPv6 header consists of the following eight fields:

Today we covered an Introduction to IPv6 in which we learned the basic purpose behind the move to IPv6 and what features IPv6 provides and also the format and brief description of the IPv6 Packet format. In the upcoming lessons we will delve more into IPv6 covering the addressing architecture and transition mechanisms.