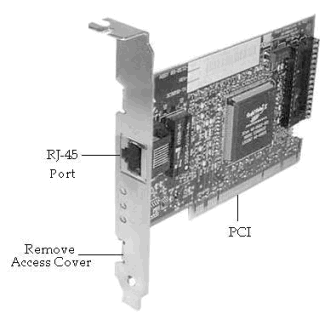 The NIC interfaces with the network and allows the device on which it is installed to connect to the network. It contains a ROM chip that has a unique layer 2 address (MAC address for Ethernet) burned into the chip, this address uniquely identifies the device on the network. The NIC has a port typically a RJ-45 where the network cable is attached. The computer on which the NIC is installed communicates to the NIC through a software known as driver which is supplied by the manufacturer of the NIC. The Operating System will send instructions and requests to the NIC when an application needs to communicate to the network.

Repeaters or specifically Network Repeaters are devices that are used to regenerate incoming electrical, optical and wireless signals. Repeaters are used to overcome attenuation which affects the propagation of signals, they remove wanted noise and disturbance from the signal and regenerate it so that the distance the signal travels can be extended. Other network devices such as Hubs and Wireless Access Points can serve as repeaters.

Ethernet Hubs are used to connect multiple network devices. All devices connected to the hub form a single network segment and are in a single collision and broadcast domain which means that any packet sent on to the hub will be forwarded to all devices attached to the hub which increases the number of collisions as multiple systems try to communicate on the network simultaneously. Hubs unlike Switches are dump device and have no knowledge of the device attached thus any frame it receives will forward to all ports except the port on which it is received. Since a shared segment is formed, the performance is very slow as compared to switch which allows each port to be in a different segment thereby decreasing collision and increasing network performance.

Figure below shows an Ethernet Hub 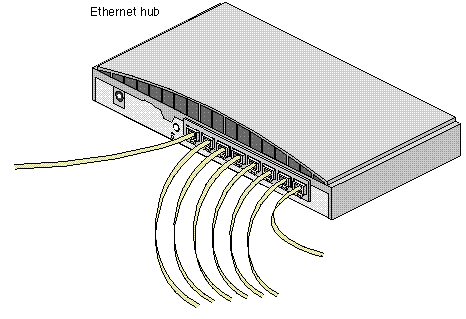 Wireless Access Point is a device that is used on a Wireless LAN (WLAN) to act as central device to receive and transmit radio signal to and from other WLANs clients. The Access Point (AP) also allows the option to bridge to the wired Ethernet LAN using an RJ-45 port in the AP itself. Multiple APs can be used to create a large WLAN 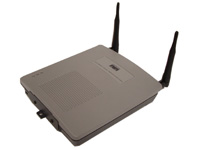 This brings us to the end of this lesson in which we covered some essential physical network devices that operate at Layers 1 & 2 of the OSI model.