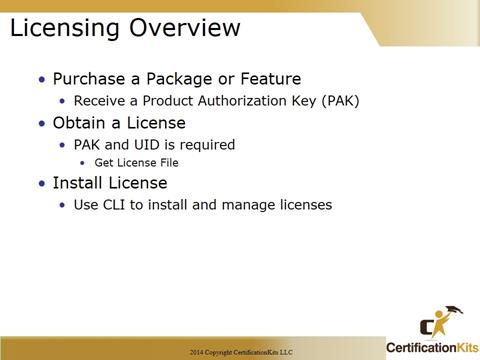 Steps to activate Cisco Licensing on a Cisco Router: In IOS versions previous to 15.x, there could have been 10 or 20 different IOS versions for a single router with different feature sets.  Cisco greatly simplified that with the licesing model introudced in IOS 15.x.  Basically now you load a single IOS image on a Cisco router called the Universal Image and based upon your license key, you are able to unlock the features of the IOS. 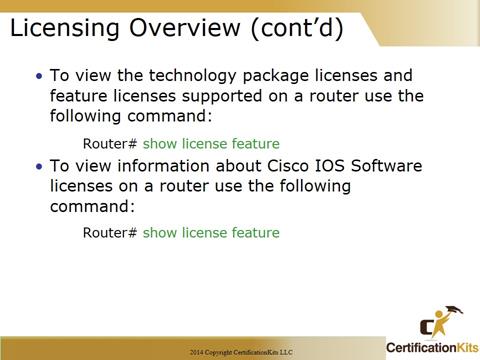 •To view the technology package licenses and feature licenses supported on a router use the following command:

•To view information about Cisco IOS Software licenses on a router use the following command: Something very helpful in the newer 15.x IOS version is the concept of an evaluation license. 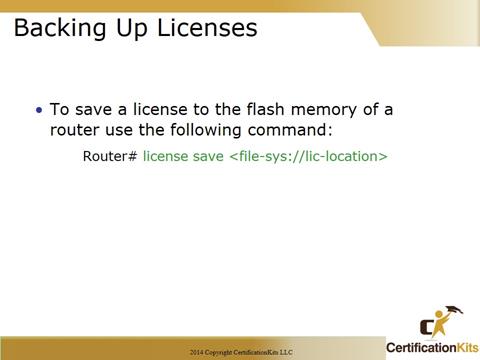 The license save command saves copies of all licenses in a device.  The storage location can be a directory or URL that points to a file system. 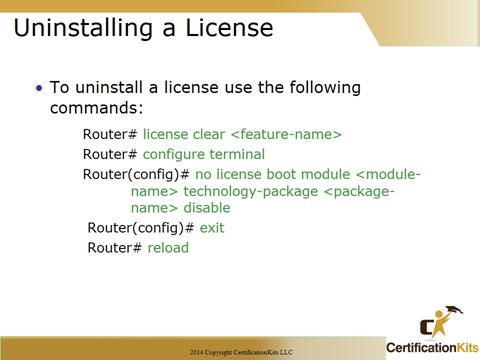 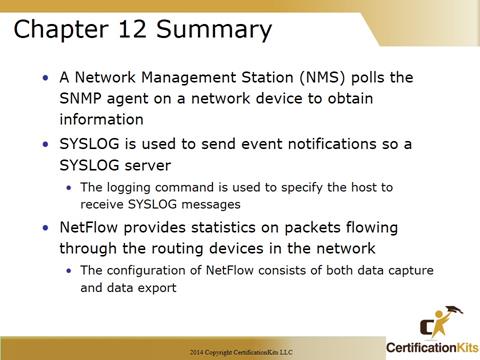