Cisco CCNA Why Use ACLs? 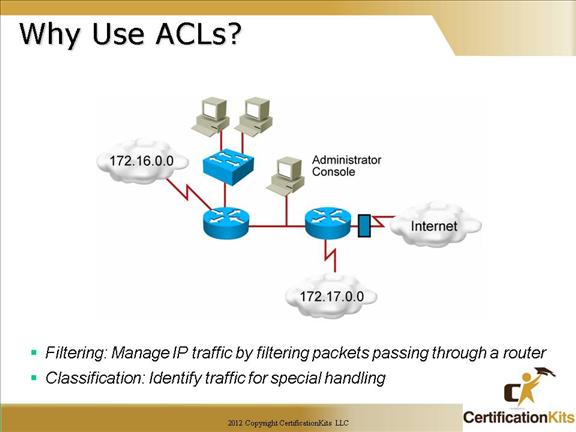 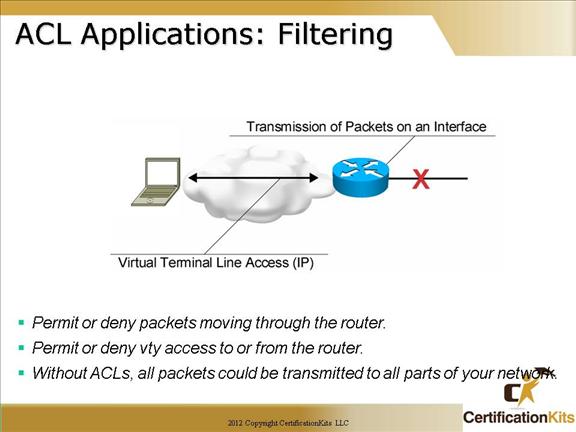 While this chapter focuses on IP access lists, the concept of access lists as mechanisms to control traffic in a network applies to all protocols.

An improved security solution is the lock-and-key access feature, which is available only with IP extended access lists. Lock-and-key access allows you to set up dynamic access lists that grant access per user to a specific source/destination host through a user authentication process. You can allow user access through a firewall dynamically, without compromising security restrictions. 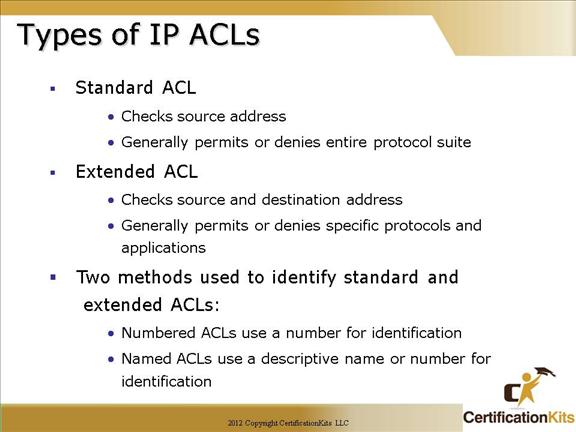 More detailed information regarding standard and extended ACLs are explained on the slides that follow.

Cisco CCNA How to identify ACL’s 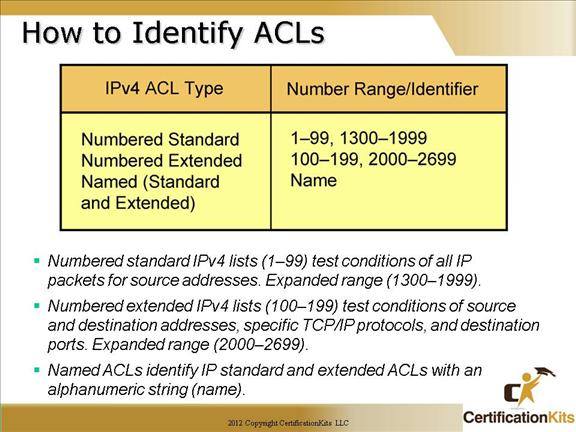 With Cisco IOS 12.0 and later, the IP access-lists range has been expanded to also include: 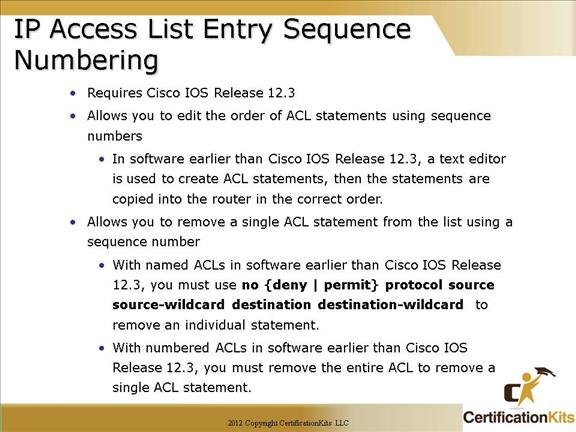 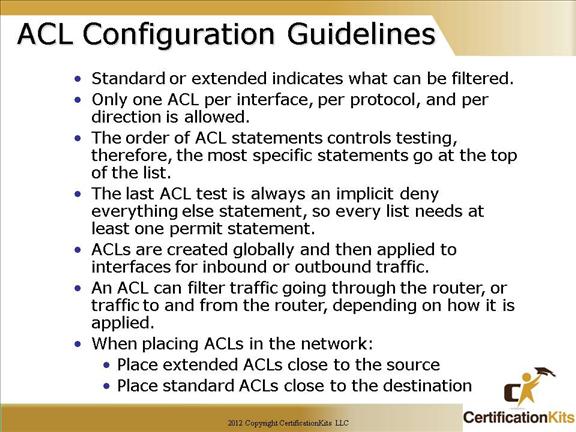 The order of ACLs is very important as each statement is checked from top to bottom and exiting upon the first match.  That means the most specific statements should be placed at the top of the list.  The last ACL is always an implicit deny so every ACL needs at least one permit statement to be useful. 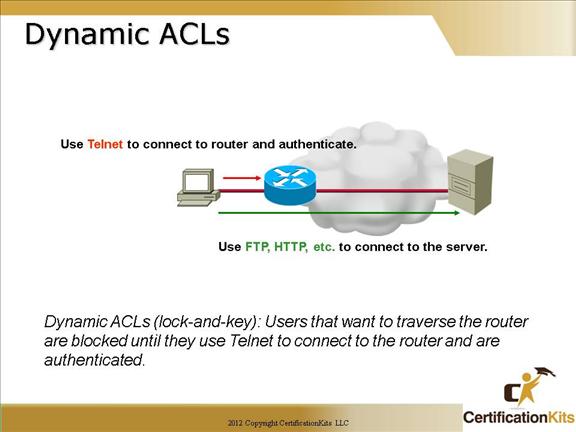 Two examples of when you use lock-and-key access are listed here:

When you want a remote host to be able to access a host in your internetwork through the Internet. Lock-and-key access limits the access beyond your firewall on an individual host or net basis.

When you want a subset of hosts on a network to access a host on a remote network protected by a firewall. With lock-and-key access, you can enable only a desired set of hosts to gain access by having them authenticate through a TACACS+ or RADIUS server.

A user opens a Telnet session to a border router configured for lock-and-key access. 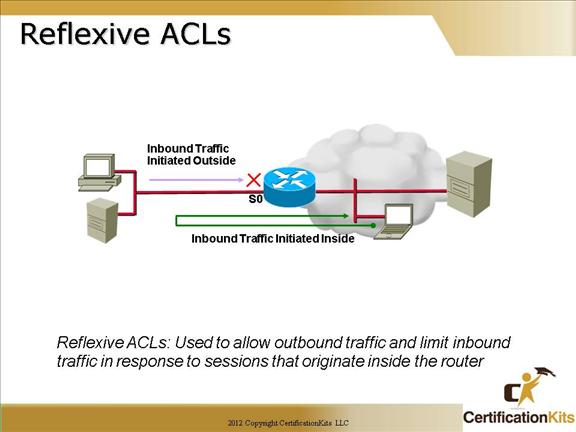 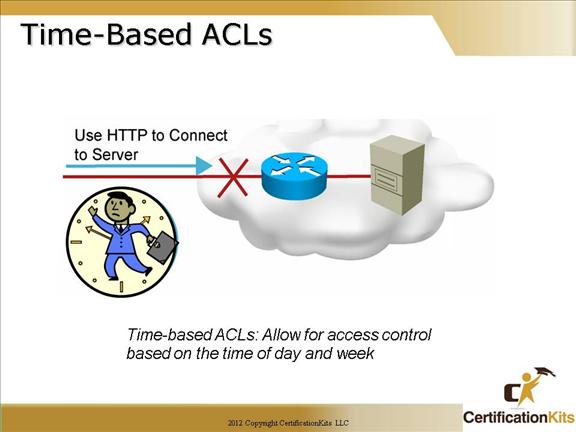 Time-Based ACLs implement access lists based on the time of day. To do so, you create a time range that defines specific times of the day and week. The time range is identified by a name and then referenced by a function, so that those time restrictions are imposed on the function itself.

The time range allows the network administrator to define when the permit or deny statements in the access list are in effect. Prior to this feature, access list statements were always in effect once they were applied. Both named or numbered access lists can reference a time range.