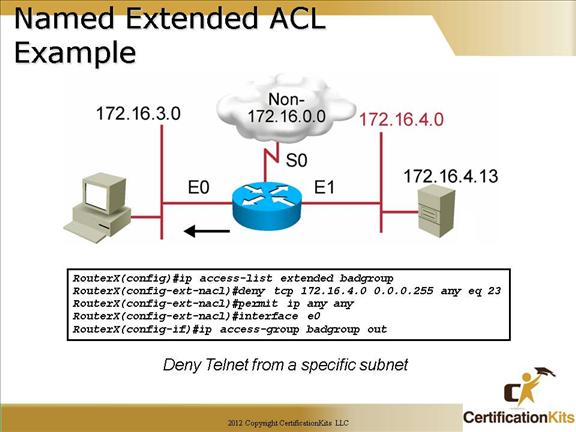 The “badgroup” named extended ACL will deny all telnet requests initiating on subnet 172.16.4.0 going out on E0 to subnet 172.16.3.0.  All other traffic will be permitted.  The ACL is applied in the outbound direction on interface E0. 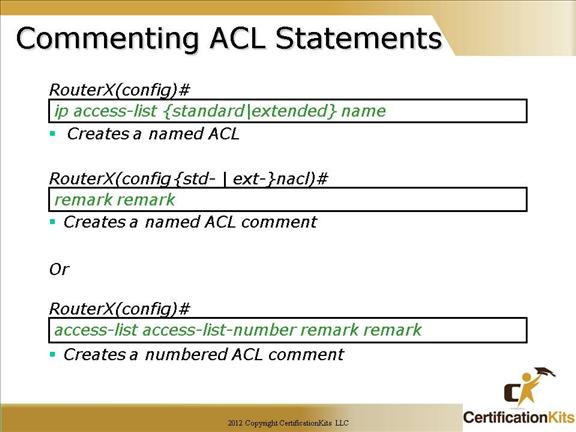 Comments can be placed within either named or numbered ACLs which helps with keeping track of what the ACL is supposed to do when someone other that the person who wrote the ACL looks at the configuration.

Comments are added to a named ACL from within named ACL configuration mode utilizing the remark remark command.

Comments are added to numbered ACLs by specifying the keyword “remark” rather than a permit or deny.  The syntax is as follows: 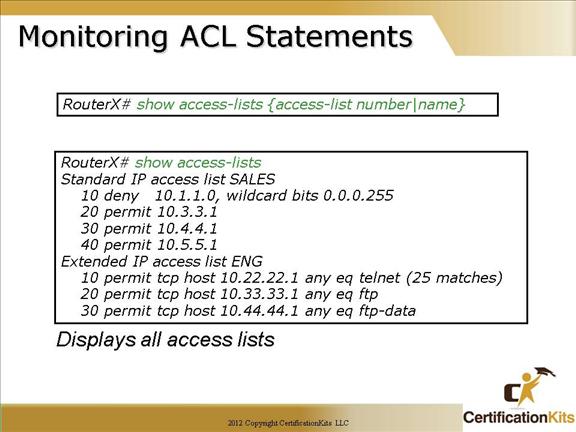 The “show access-list” command is the most consolidated method for seeing all access lists defined on the router at once.

The implicit deny all statement is not displayed unless it is explicitly entered in the access list.  A good reason to add an explicit deny at the end of an ACL is to specify the log qualifier. 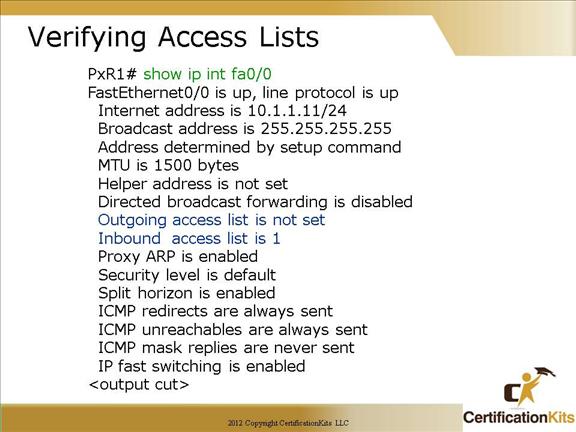 Review the output of the “show ip interface” command displayed on the slide. The highlighted text shows details about access list settings in the show command output.  The example output indicates there is not an outbound ACL set but there is an inbound ACL and the ACL number is 1. 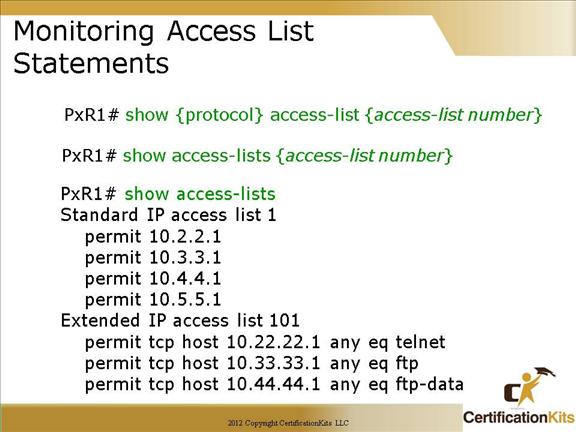 show access-list: Displays all access lists and their parameters configured on the router. This command does not show you which interface the list is applied to.

show ip access-list: Displays only the IP access lists configured on the router. 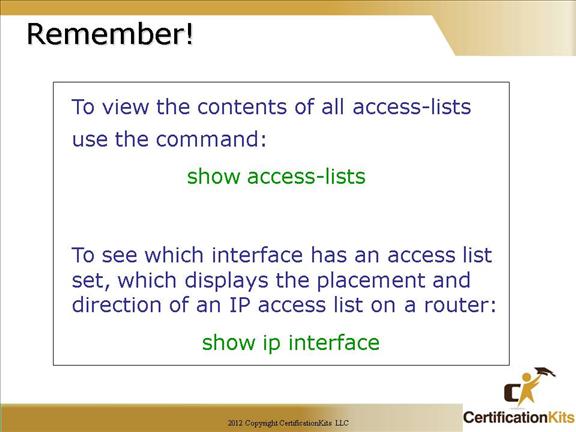 Two useful commands to quickly view information about ACLs and what interfaces they are applied to are: 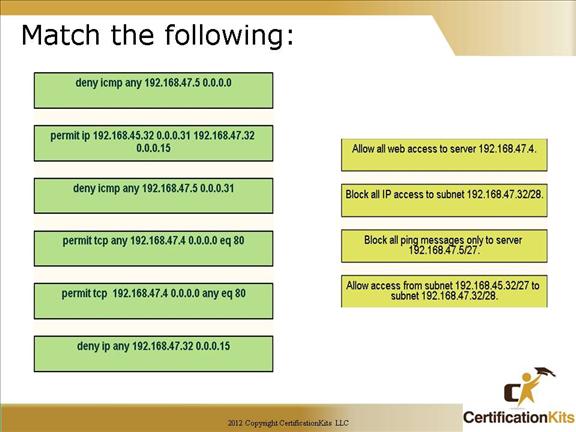 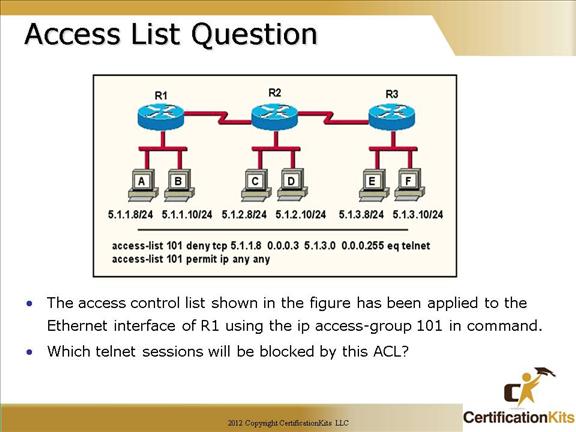 The following telnet session will be blocked by the ACL: 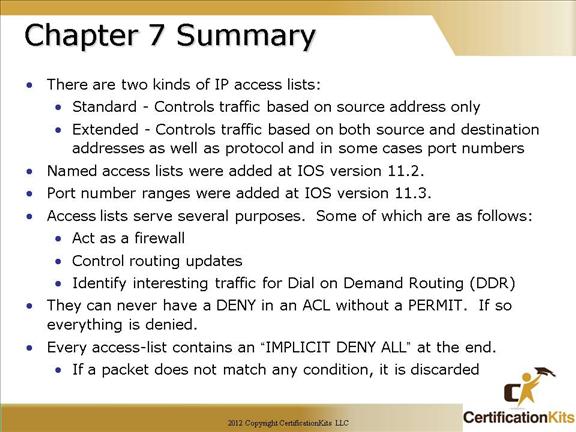 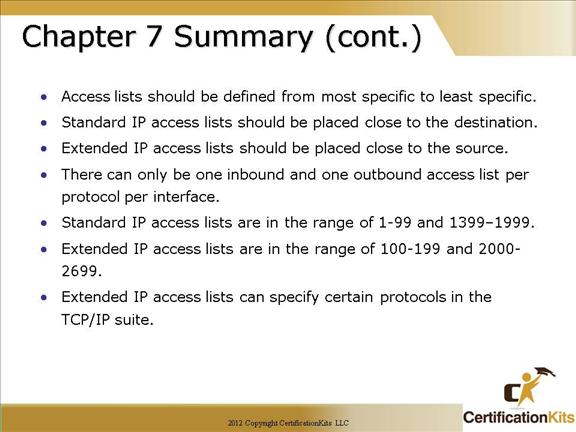