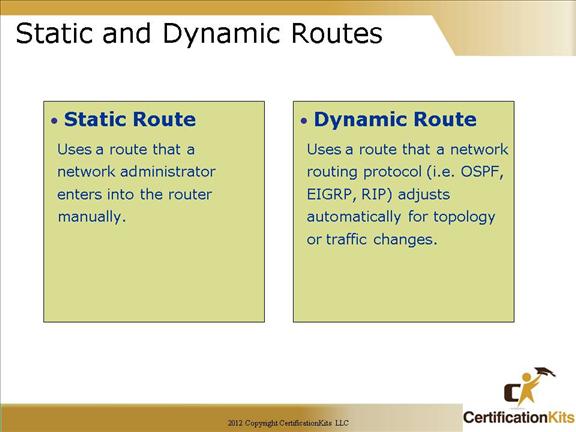 Static routing is fine for very small networks or even lab environments.  Anytime there is a change to the network topology, static routes need to be updated manually.

A routing protocol defines the set of rules used by a router when it communicates between neighbor routers. 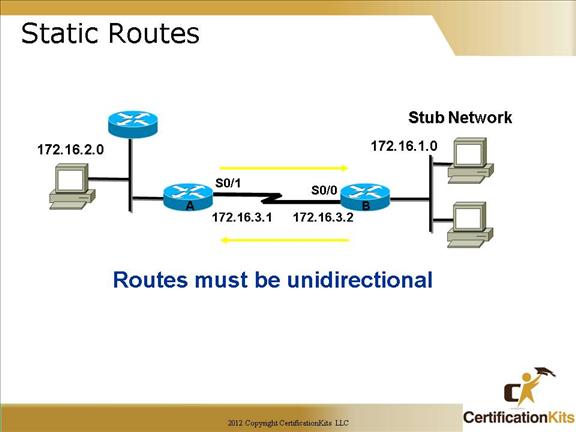 Static routing occurs when you manually add routes in each router’s routing table. There are pros and cons to static routing, but that’s true for all routing processes.

Things that are good about static routing:

-No overhead on the router CPU

-No bandwidth usage between routers

-Security (because the administrator can allow routing to only certain networks)

Things that aren’t so good about static routing:

-The administrator must really understand the internetwork and how each router is connected in order to configure routes correctly.

-If a network is added to the internetwork, the administrator has to add a route to it on all routers—by hand.

-It just won’t work in large networks because maintaining it would be a full-time job in itself.

General rule is static routing is fine for small static networks but does not scale and requires manual changes when the topology changes. 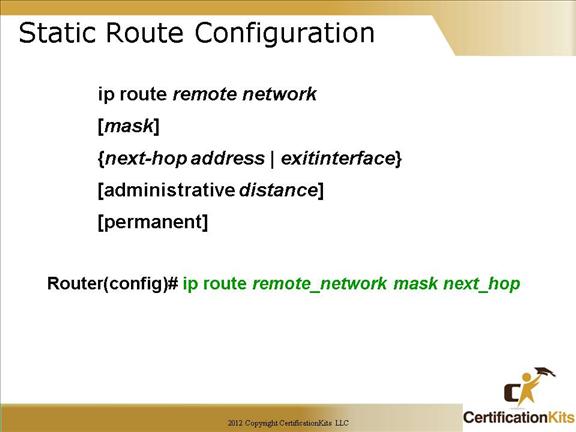 Here’s the command you use to add a static route to a routing table:

ip route: The command used to create the static route.

destination network: The network you’re placing in the routing table.

mask: The subnet mask being used on the network.

next-hop address: The address of the next-hop router that will receive the packet and forward it to the remote network. This is a router interface that’s on a directly connected network. You must be able to ping the router interface before you add the route.

exit interface: You can use it in place of the next-hop address if you want, but it’s got to be on a point-to-point link, like a WAN. This command won’t work on a LAN (i.e. Ethernet).

permanent: If the interface is shut down, or the router can’t communicate to the next-hop router, the route will automatically be discarded from the routing table. Choosing the permanent option keeps the entry in the routing table no matter what happens. 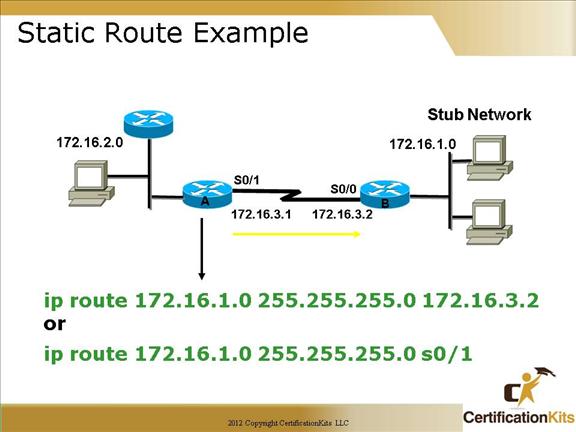 This slide shows an example of a simple static route command.

Note: Static routes are useful in a very small, stub network or dial on demand configurations.  They should not be used in large networks or even small networks that are prone to changes. 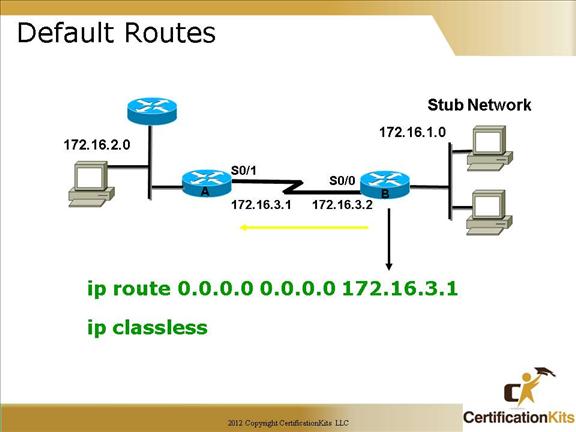 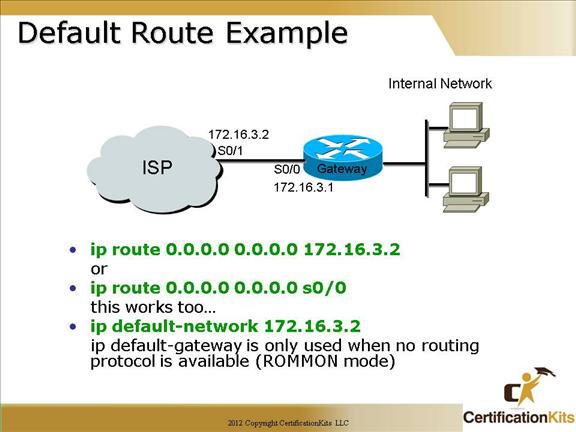 This slide shows three examples of defining a default route.  All accomplish the exact same thing…

Note:  The “ip default-gateway” command is utilized on layer 2 switches when an IP address is configured on the switch for management purposes.  This allows the switch to be accessible from nodes on remote networks.

What is the main difference between the two default routes above?

Administrative Distance (AD) defines the reliability of a routing protocol.  It is used by Cisco routers when there are two or more routes to the same destination from two different routing protocols.  When this happens, the route with the lower AD is utilized. 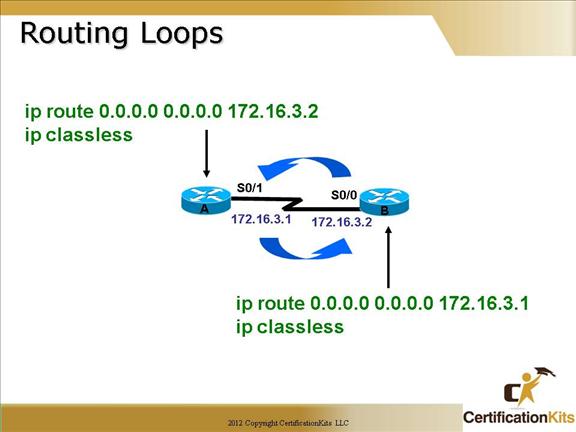 Be careful not to create routing loops as they create black holes.  In the example on the slide the routing loop is created via default routes.  In operational networks routing loops are typically created by redistributing one routing protocol into another. 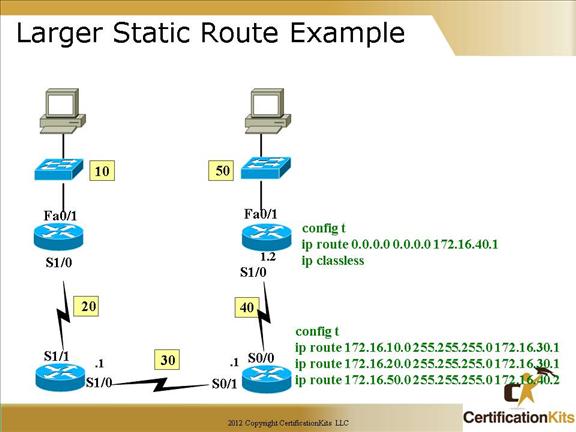 This slide shows an example of using both static and default routing on a network with four routers. Every router would need to have the routing tables built.  As you can see even in this simple network with 4 routers, numerous routes would need to be configured on the network.  Expanding this from 4 to 40 routers you can see that static routes do not scale, nor do they account for dynamic changes on the network. 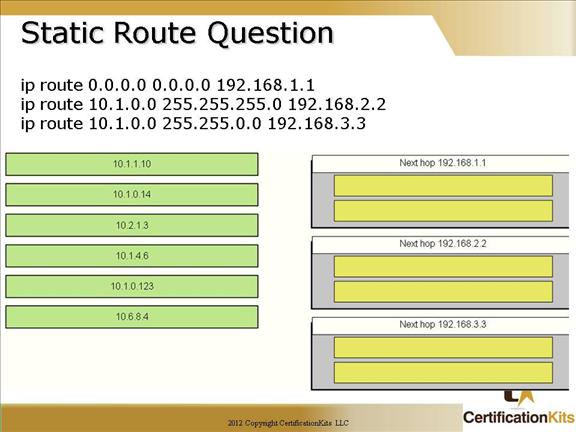