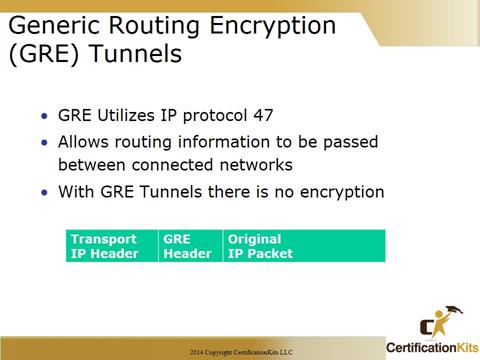 GRE encapsulation supports any OSI Layer 3 protocol.  This is a big benefit.

GRE does not include strong security to protect its payload.  So you will want to couple this with some other type of technology to protect your data. 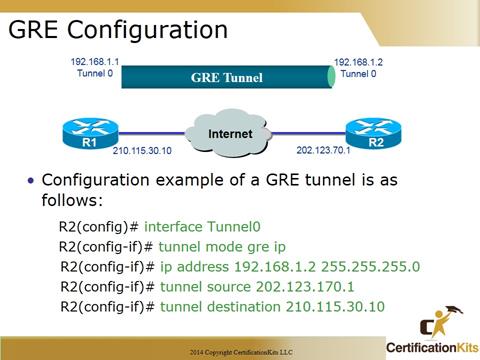 •Configuration example of a GRE tunnel is as follows: 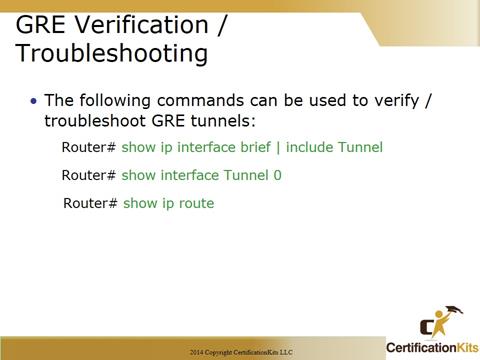 Some commands the can be used to verify / troubleshoot are as follows:

show ip interface brief | include Tunnel – This command can be used to determine is up or down.

show interface Tunnel 0 – You can also verify the state of this interface with this command.  Note: The line protocol on a GRE tunnel interface is up as long as there is a router to the tunnel destination.

show ip route – This command is used to verify there is a router between the tunnel endpoints. 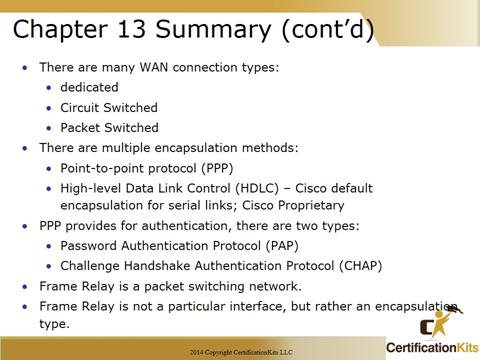 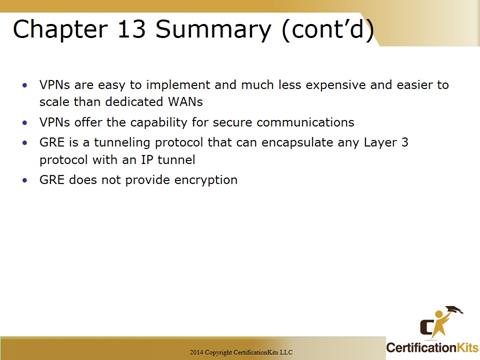