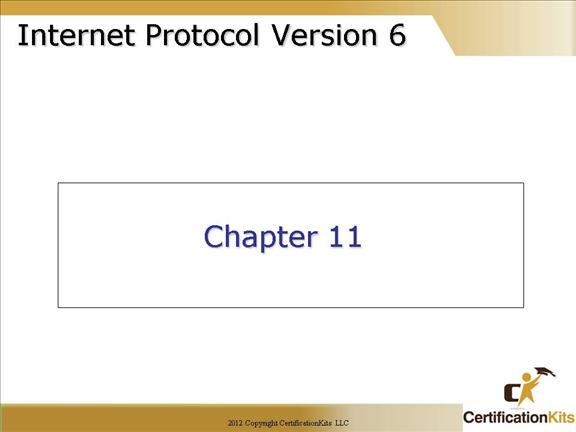 Now that you know about IPv4, it is time to learn about IPv6. 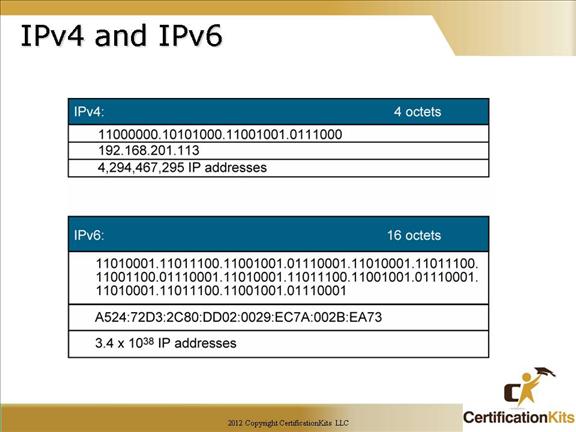 Cisco CCNA  Why Do We Need a Larger Address Space? 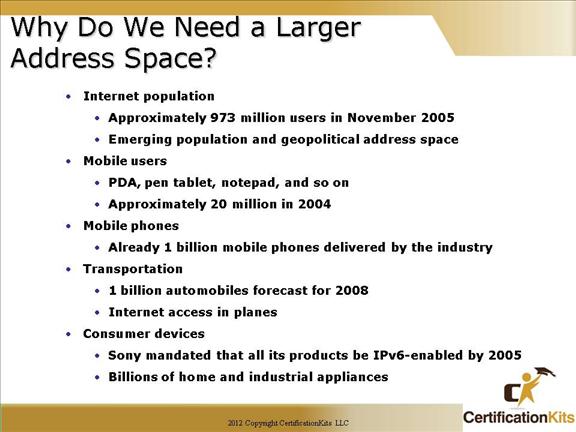 For years IPv4 address space has been slowly depleted.  With the deployment of RFC 1918, Private Addresses, the depletion of IPv4 addresses has slowed significantly, but with explosion of IP capable devices along with their uses, it is only a matter of time before the entire IPv4 address space is depleted. 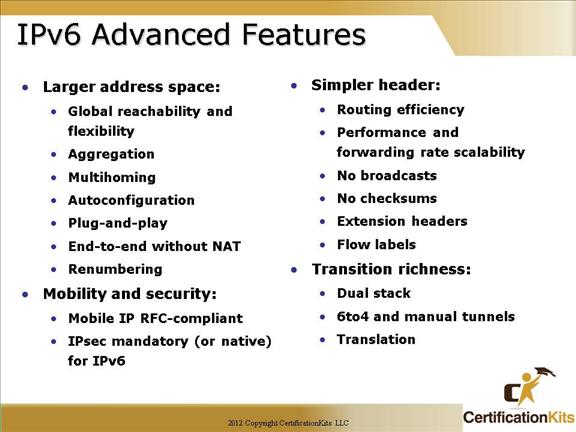 IPv6 also implements new features that simplify aspects of address assignment (stateless address autoconfiguration) and network renumbering (prefix and router announcements) when changing Internet connectivity providers. The IPv6 subnet size has been standardized by fixing the size of the host identifier portion of an address to 64 bits to facilitate an automatic mechanism for forming the host identifier from Link Layer media addressing information (MAC address).

Network security is integrated into the design of the IPv6 architecture. Internet Protocol Security (IPsec) was originally developed for IPv6, but found widespread optional deployment first in IPv4 (into which it was back-engineered). The IPv6 specifications mandate IPsec implementation as a fundamental interoperability requirement.

Multicast, the ability to send a single packet to multiple destinations, is part of the base specification in IPv6. This is unlike IPv4, where it is optional (although usually implemented).  IPv6 does not implement broadcast, which is the ability to send a packet to all hosts on the attached link. The same effect can be achieved by sending a packet to the link-local all hosts multicast group. It therefore lacks the notion of a broadcast address—the highest address in a subnet (the broadcast address for that subnet in IPv4) is considered a normal address in IPv6. 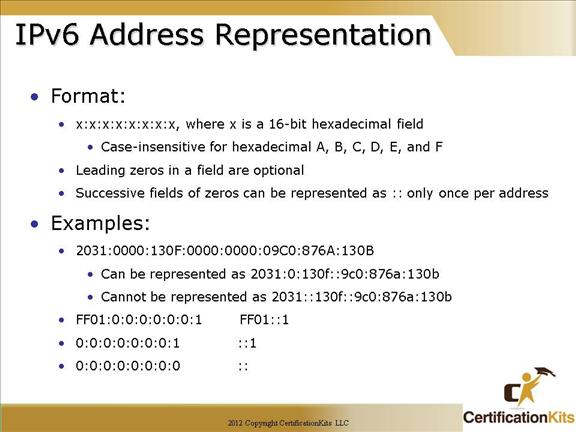 Colons separate 16-bit fields. Leading zeros can be omitted in each field as can be seen above where the field :0003: is written :3:. In addition, a double colon (::) can be used once in an address to replace multiple fields of zeros. For example:

can be written as 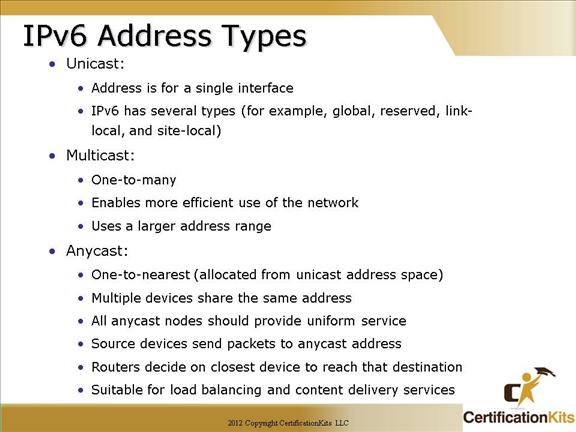 Some IPv6 addresses are used for special purposes, like the loopback address. Also, some address ranges are considered special, like link-local addresses (for use in the local network only) and solicited-node multicast addresses (used in the Neighbor Discovery Protocol). 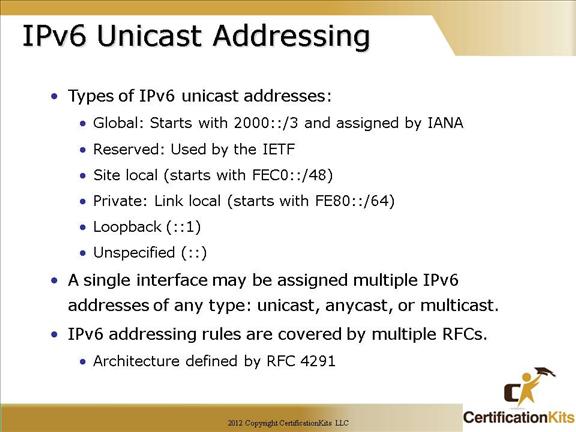 IPv6 unicast link-local addresses are similar to IPv4 APIPA addresses used by computers running Microsoft Windows. Hosts on the same link (the same subnet) use these automatically configured addresses to communicate with each other. Neighbor Discovery provides address resolution. The prefix for link-local addresses is FE80::/64. 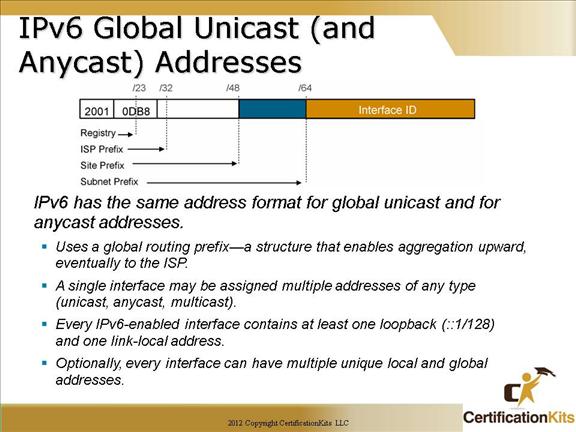 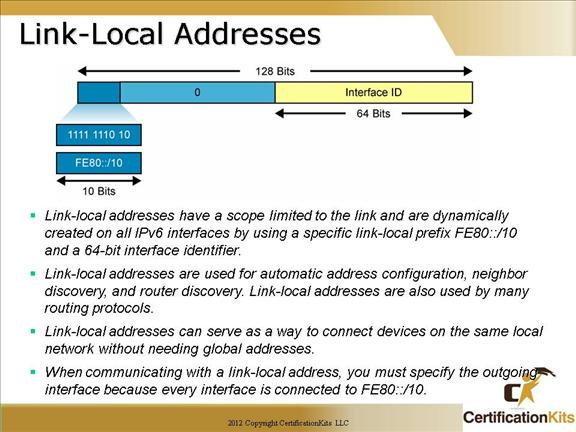 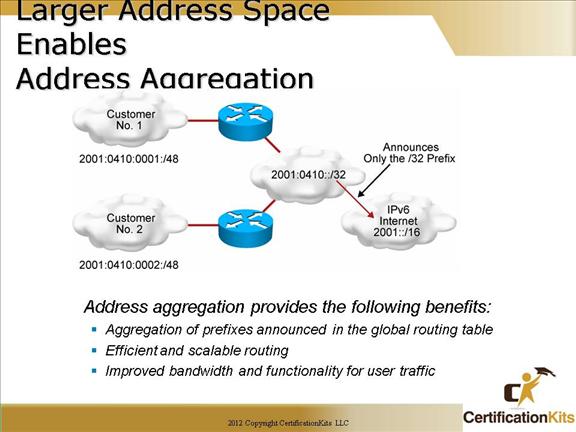