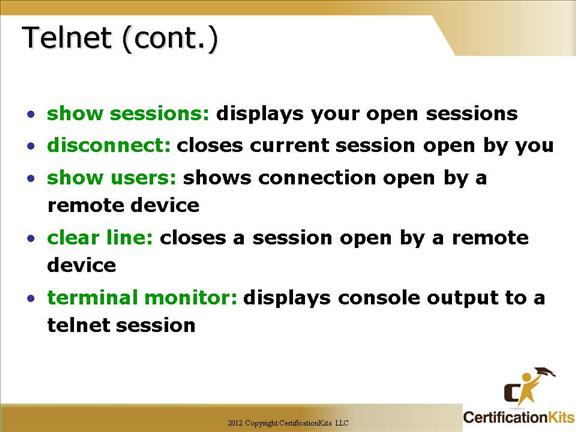 To see the connections made from your router to a remote device, use the “show sessions command”.

You can list all active consoles and VTY ports in use on your router with the “show users command”.

You can end Telnet sessions a few different ways—typing “exit” or “disconnect” is probably the easiest and quickest.

Although the console port always monitors, when accessing the router or Catalyst IOS switch using telnet/vty session, the “terminal monitor” command will display all console output to the telnet session. 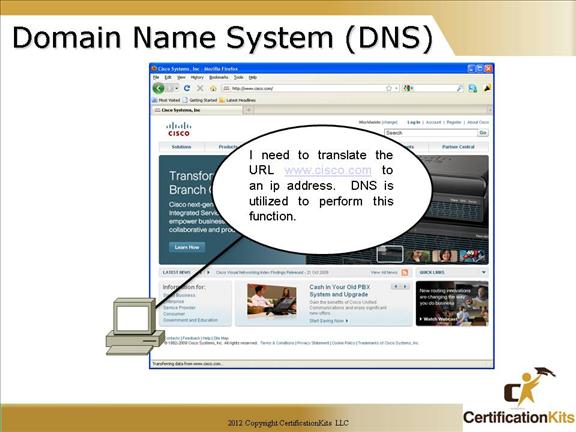 Domain Name System (DNS) is utilized to translate symbolic names (i.e. www.cisco.com) into IP addresses which are utilized for communication at Layer3 of the OSI reference model.  DNS makes the Internet more useable as users do not have to remember IP addresses but instead can utilize names. 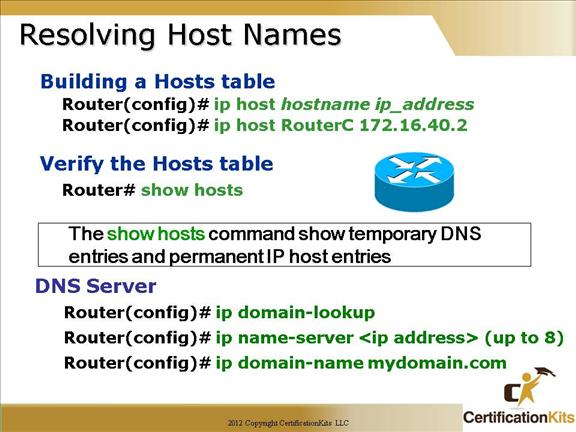 In order to use a hostname rather than an IP address to connect to a remote device, the device that you are using to make the connection must be able to translate the hostname to an IP address.

There are two ways to resolve hostnames to IP addresses: building a local host table on each router or building a Domain Name System (DNS) server, which is kind of like a global host table for all devices to access.

A local host table provides name resolution only on the router that it was built on. The command to build a host table on a router is:

The default is TCP port number 23 but you can create a session using Telnet with a different TCP port number if you want. You can also assign up to eight IP addresses to a hostname.

To view the newly built host table, use the “show hosts” command, which shows the temporary DNS entries and permanent IP host entries.

In lab scenarios, or when you will be performing many commands from EXEC, you may want to utilize the “no ip domain-lookup” command from global configuration mode.  This is usually a huge timesaver; especially if you make syntax errors while typing.  Without it turned off, the router will assume a mistyped command is a hostname and will query DNS.  The time it takes to perform the lookup on a bogus command may seem like an eternity. 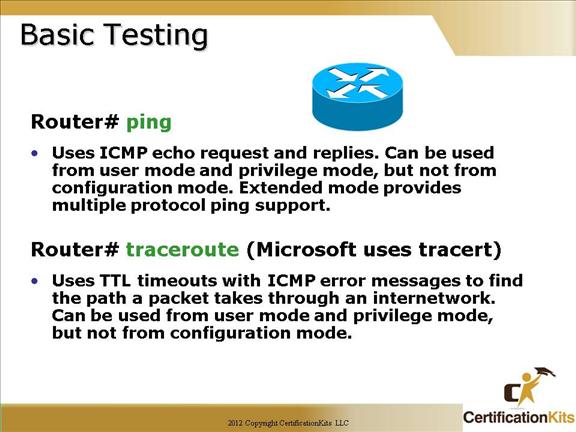 You can use the ping and traceroute commands to test connectivity to remote devices, and both of them can be used with many protocols, not just IP.

Although the router may use ICMP for traceroute, many hosts use the UDP version.  This can return inconsistent results when traversing a firewall and needs to be kept in mind when obtaining traceroute information from system administrators. 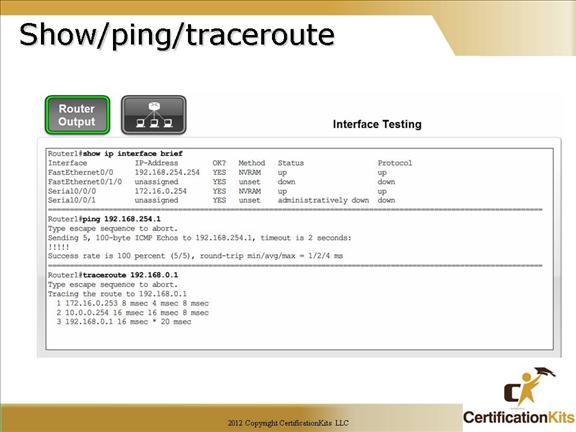 The “show ip interface brief” command is a very useful command to quickly see the status of all interfaces.  Having both status and protocol in an up state indicates the interface is active and ready to pass traffic.

You can utilize either the ping or traceroute commands to test if packets can traverse the network.  In the example on the slide, the “!” in the output of the ping indicates a success.  By default a ping will send out 5 packets, hence the 5 “!”.  In this case all 5 packets were successful.  Other potential responses are “U” for unreachable and “.” for ?????????????? 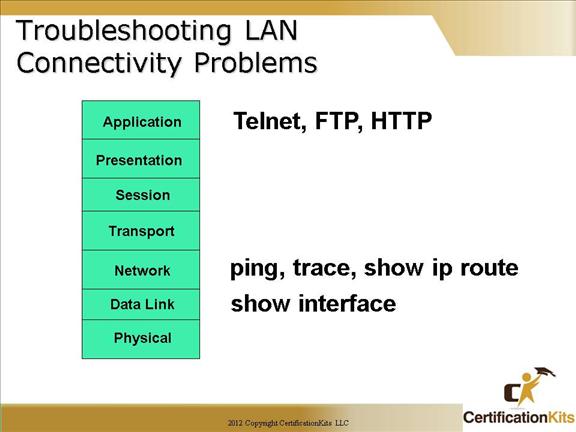 Remember: tracert and ipconfig are Windows commands, not Cisco commands!

Note: If you can ping and telnet into a server but cannot access the server via it’s network name, you probably have some type of DNS failure.  Also, be aware of your network topology as firewalls are typical problems when one protocol works between a source and destination but another protocol doesn’t.  Another problem with why one protocol would work but another would not could be with the application itself.  For example if you are able to telnet to a server but not HTTP to it, check if HTTP service is running on the server and that it is utilizing the default port TCP of 80. 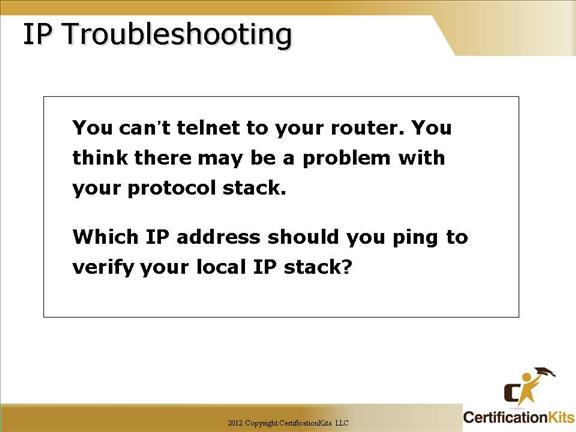 To verify the local IP stack you would ping the loopback address which is 127.0.0.1  Example is as follows:

If you can ping the loopback address then the protocol stack is fine.  Other problems you might have are not having the respective interface administratively up, not having routing properly configured so your routing table is not fully populated, you might have a firewall or just ACLs blocking traffic or you might have a physical problem.

Troubleshooting can be frustrating but also fun at the same time.  As you get more familiar with networks your troubleshooting skills will grow and you will get better at it. 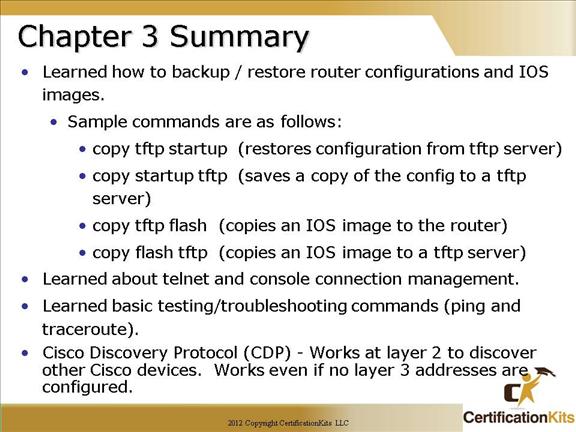