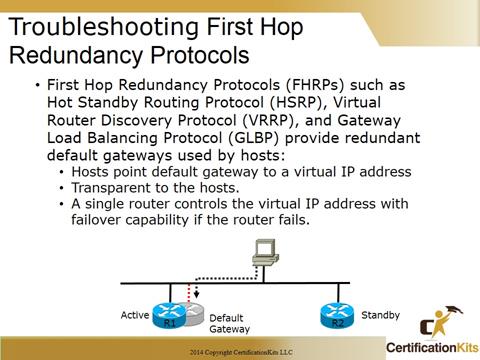 Hosts are not effected by routers going down when a First Hop Redundancy Protocol like HSRP, VRRP or GLBP are used.  The default gateway on the host is set to a virtual IP Address that is tied to the “active” router. 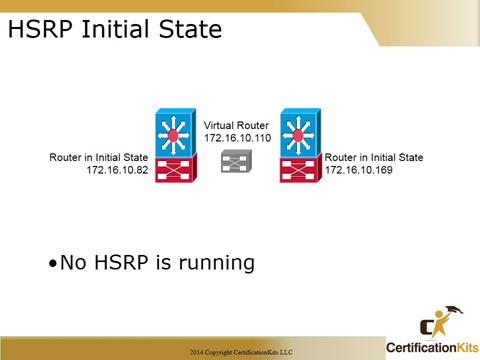 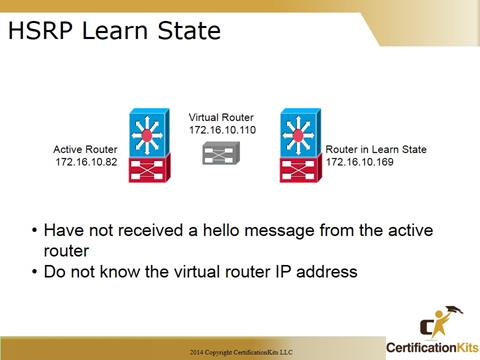 Have not received a hello message from the active router

Do not know the virtual router IP address Neither the active nor the standby router Participates in the election of the active and standby router 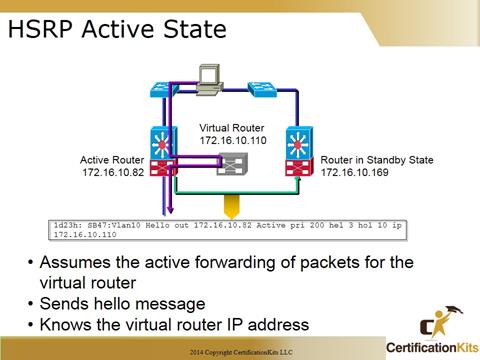 Assumes the active forwarding of packets for the virtual router The above slide shows an example output from a show standby brief command. Remember, the end hosts / servers point to a virtual IP Address that moves with the Active Router, hence the host is not impacted when an HSRP router fails.