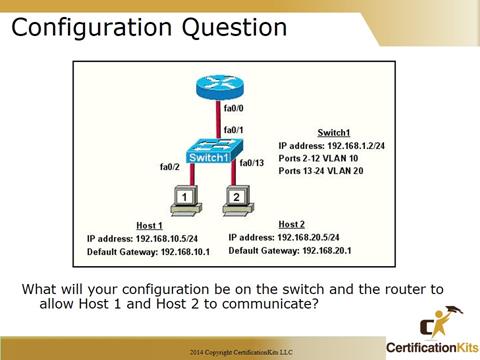 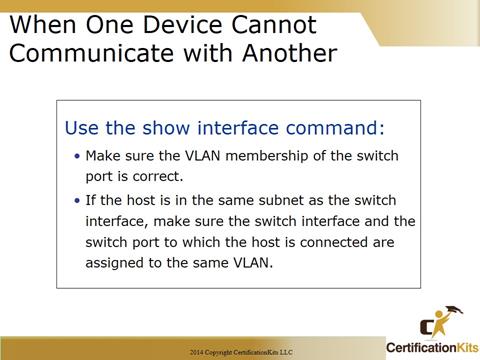 Use the show interface command: 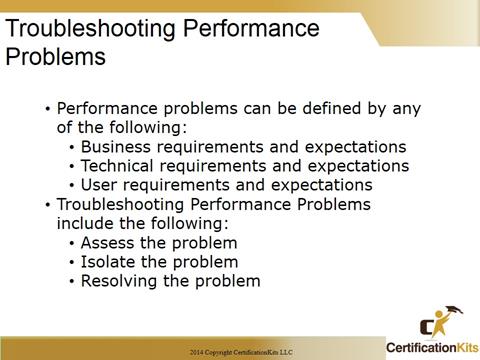 How a packet is processed can have a big impact on performance.  The TCAM utilizes a specialized high performance memory lookup which speeds up performance.  Control plane information that is necessary to make packet forwarding decisions (e.g. MAC address tables, routing information, etc) are programmed into the TCAM for fast lookup. 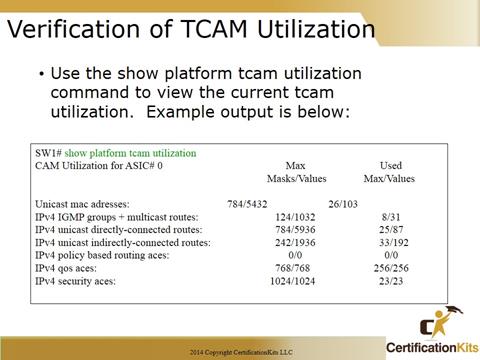 The show platform tcam utilization command can be used to see how much the tcam is being stressed. 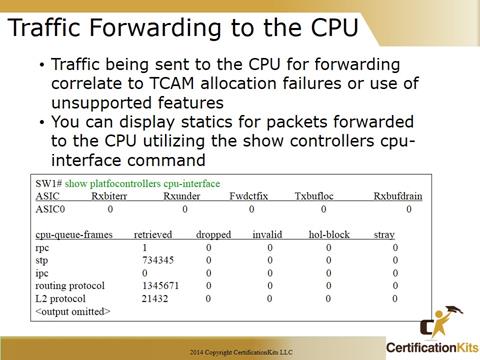 If subsequent outputs of the show controllers cpu-interface command has a rapidly increasing number for “sw forwarding” that is an indication that traffic is being forwarded to the CPU and is being switched in software in which case you will typically see high CPU utilization. The show processes cpu command can be utilized to display CPU load. Remember that having debugging turned on will increase CPU utilization so only use when necessary and verify it is not enabled if you encounter a switch with high CPU utilization. Portfast is used to minimize server or workstation downtime.  Portfast is configured on a port to port basis. The Portfast feature causes a switch or trunk port to enter the spanning tree forwarding state immediately, bypassing the listening and learning states. The spanning-tree portfast command should only be utilized on switch ports connected to end hosts, not to other network switches/routers.  This is because PortFast causes a switch or trunk port to enter the spanning tree forwarding state immediately, bypassing the listening and learning states. Spanning Tree problems occur at either Layer 1 or 2 of the OSI Reference Model. Use debug commands with caution as they can be very CPU intensive and can potentially cause problems in an operation environment. •We learned basic troubleshooting at Layer 1, 2 and 3 of the OSI Reference Model
•We examined numerous Cisco IOS show commands to both configure and debug spanning-tree in an operational network
•We reviewed typical symptoms associated with spanning-tree problems and discussed how to resolve them
•We learned about EtherChannel and discussed common causes for EtherChannel failures
•We learned how to isolate and resolve performance problems caused by duplex mismatches or other physical problems on switch ports