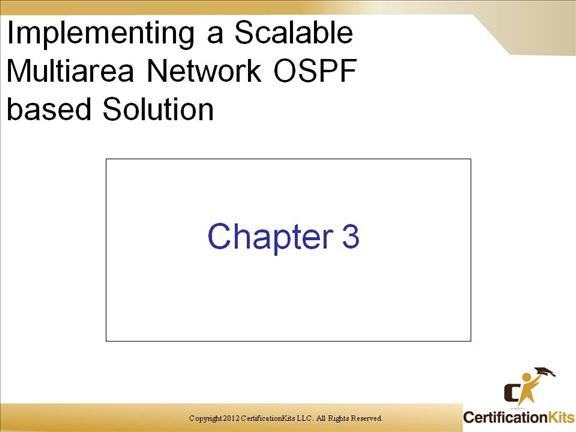 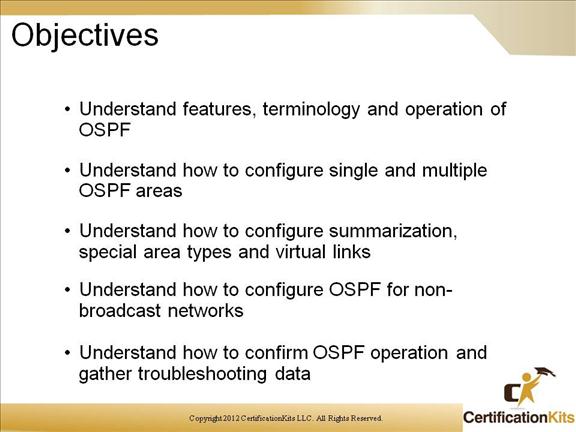 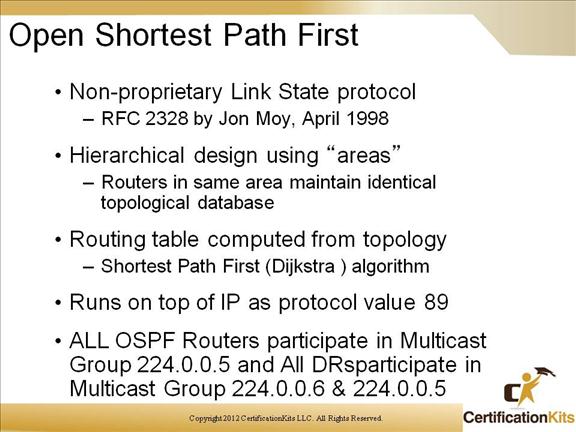 If you remember, we discussed link state routing protocols and identified that they require more administration.  This design administration requires that all OSFP routers are configured in a hierarchical area design.

OSPF communicates through the use of multicast packets. 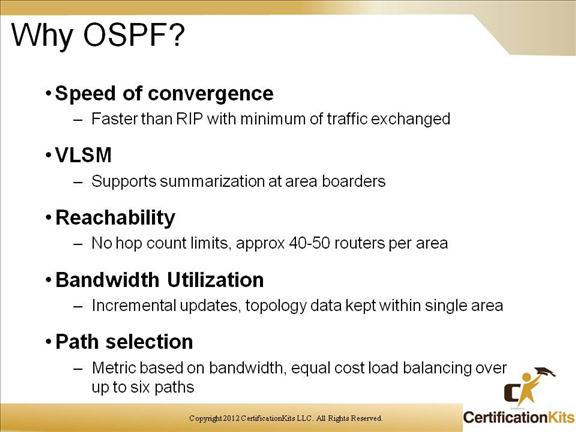 OSPF was developed to combat the limitation of RIP.

Faster than RIP with minimum of traffic exchanged

Metric based on bandwidth, equal cost load balancing over up to six paths 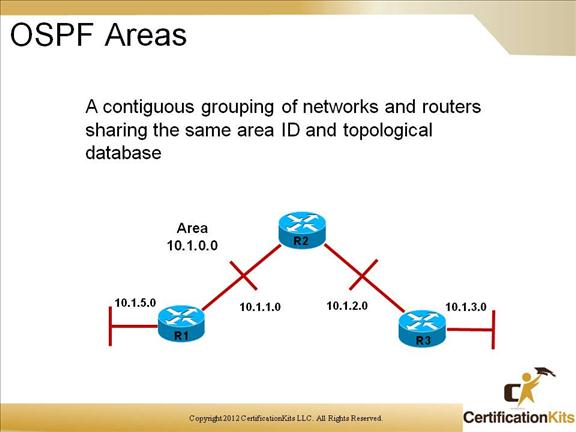 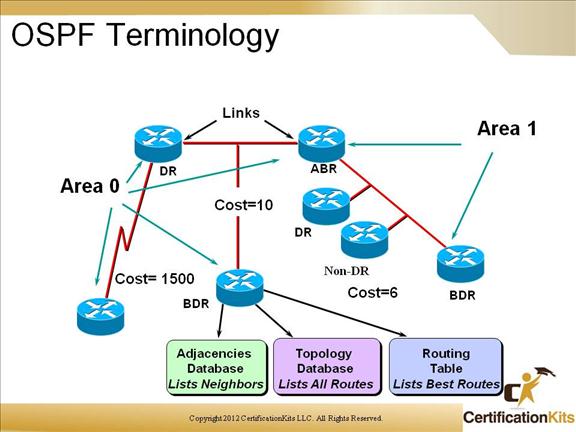 Link – Interface on a router

Link-state – Status of a link between two routers

Routers in the same area have identical link state databases

Each router has a unique routing table 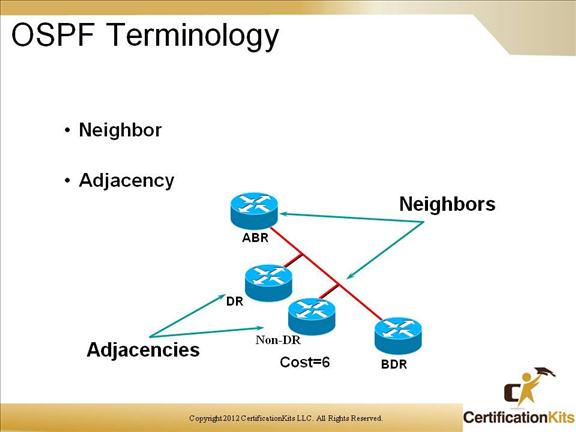 Two routers that have an interface on a common network

Usually discovered by hello’s but can also be configured administratively

Relationship formed between selected neighbors in which routing information is exchanged.  Not all neighbors are adjacent

Only Broadcast and Non-Broadcast network types have Designated and Backup Designated Routers!!! 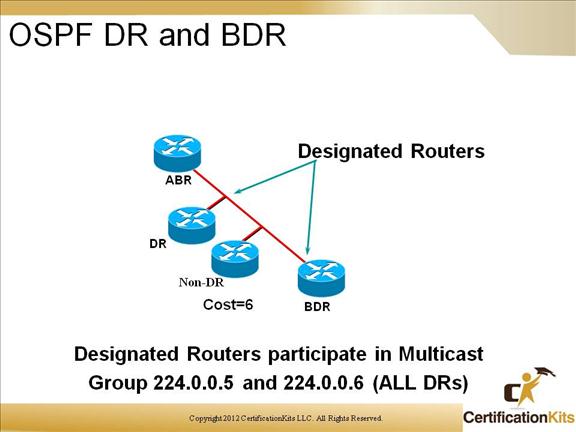 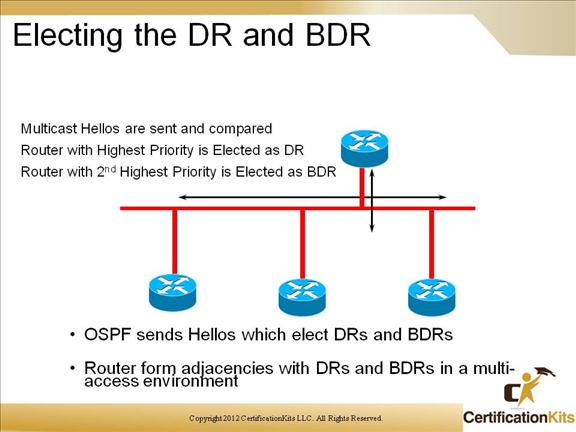 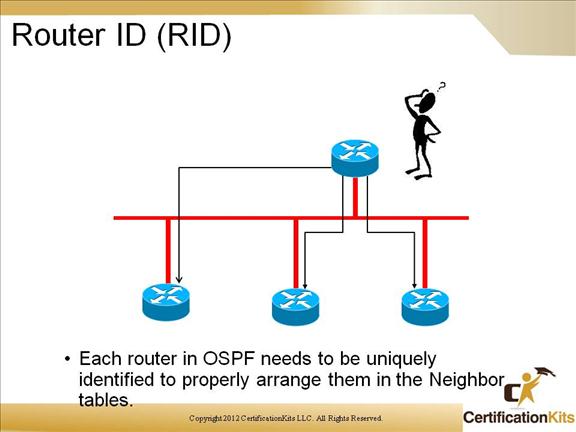 Recommended to use loopback interface 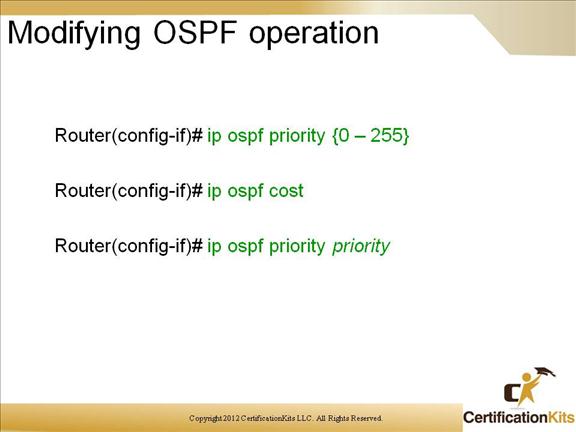 Change the cost of an interface

Can be used to ensure that two routers use the same cost to refer to the same interface. Ex. Nortel’s default cost for 10MBPS link is 1

In the area 0 via interface Ethernet0 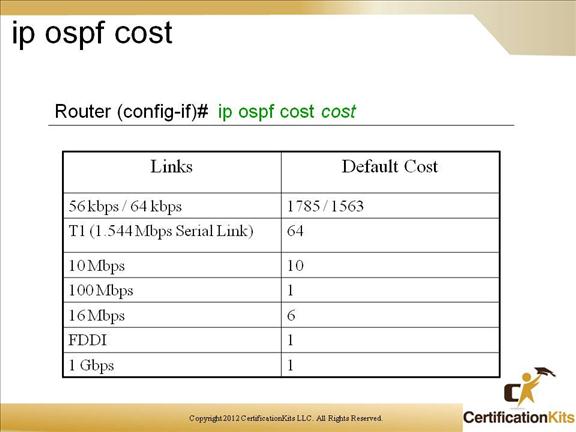 COST  is 1 to 65535.  In general, the path cost in Cisco routers is calculated using the formula 108/bandwidth. The following are the cost associated with OSPF using the default cost metrics. 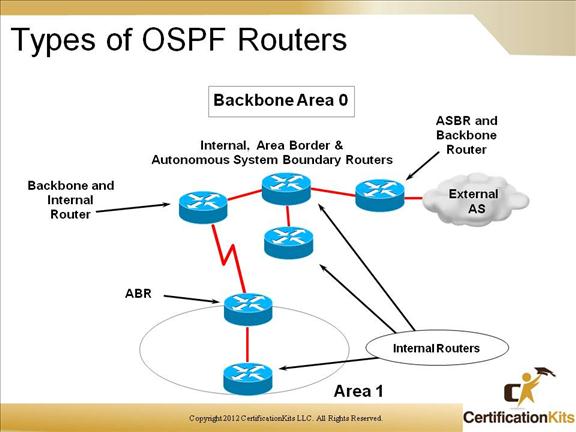 All interfaces reside inside same area

One interface in each of two areas

At least one interface resides in Area 0

One interface resides in a non-OSPF area 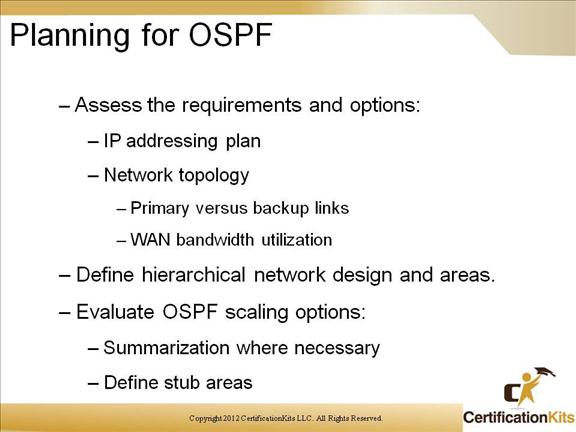 Since OSPF is hierarchical in nature, coming up with an OSPF design to include not only an IP Address plan but also defining OSPF areas to include types in key.  As such, OSPF implementation depends on the specific needs and topology.  When planning an OSPF design you must gather information  about your topology.  Examples are as follows: 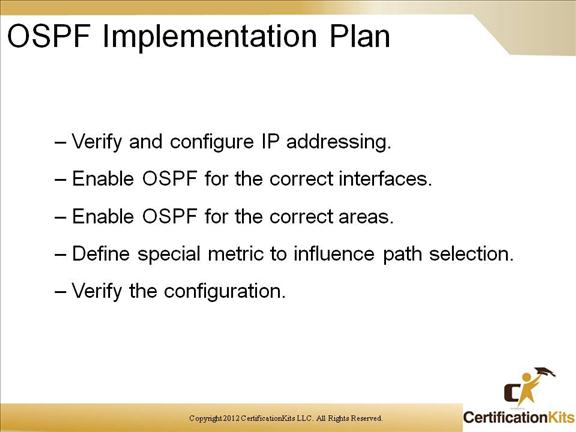