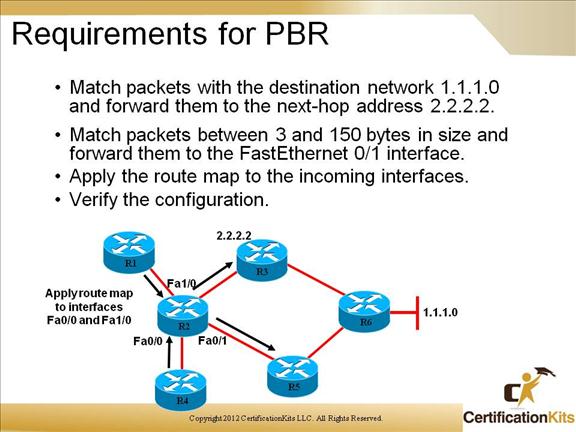 PBR is implemented by using the route maps, for which match commands are used to match the traffic and set commands are used to set desired action to control path selection. On the slide above, a configuration is required to match packets that are going to the destination network 1.1.1.0 and forward them to the next-hop address 2.2.2.2 to avoid suboptimal routing.  At the same time, packets between 3 and 150 bytes in size must be matched and forwarded to the FastEthernet 0/1 interface.  Route map are applied to the incoming interfaces. Finally, the configuration must be verified. 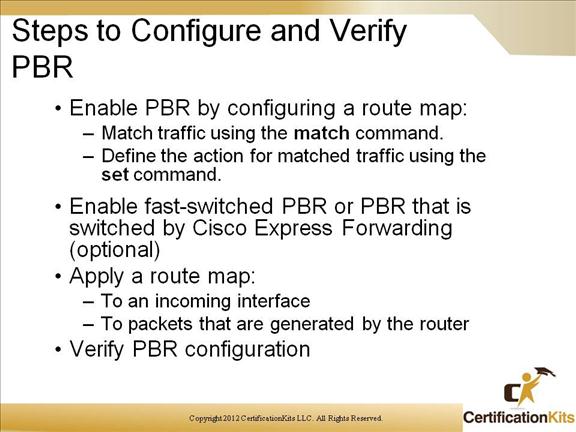 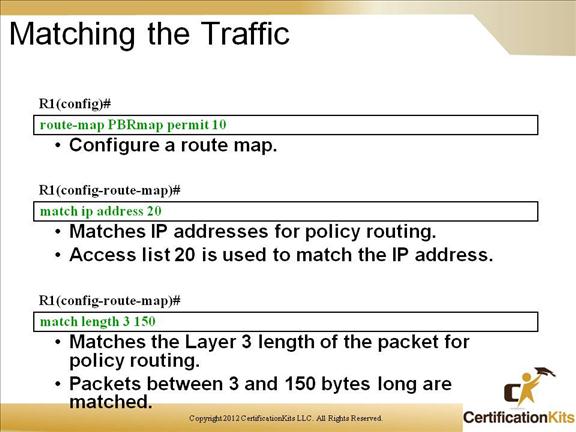 The route-map command is used to enable policy routing on the router.  It supports match and set commands that are required.  IP standard or extended ACLs are used to establish the PBR match criteria using the match ip address command. The match ip address 20 command in the example matches traffic that is based on standard IP ACL 20. 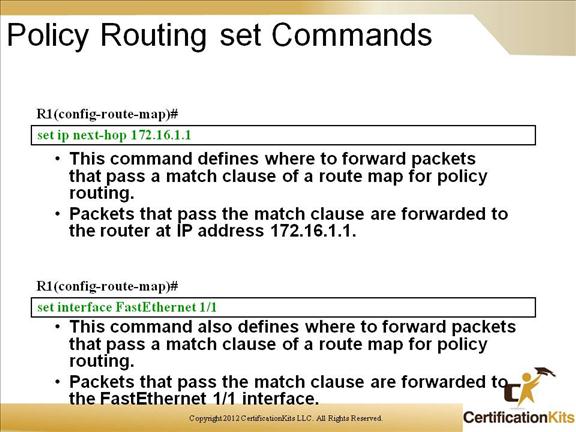 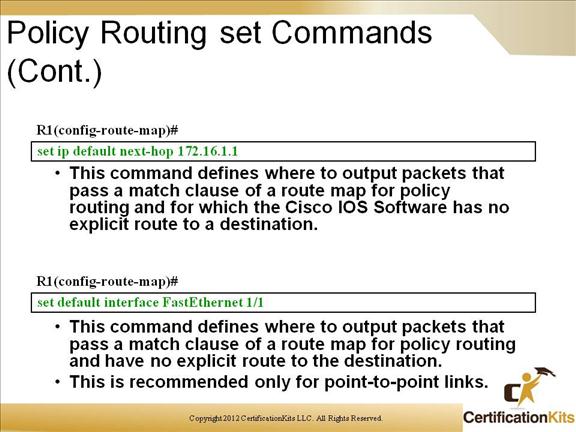 The set ip default next-hop and set default interface commands are similar to the commands on the previous slide although they define behavior for packets that pass a match clause that has no explicit route to the destination. 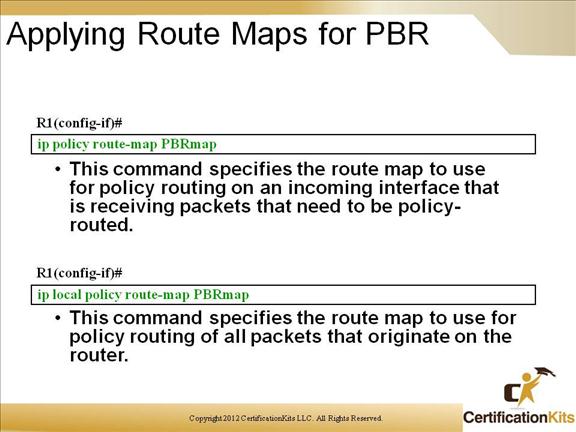 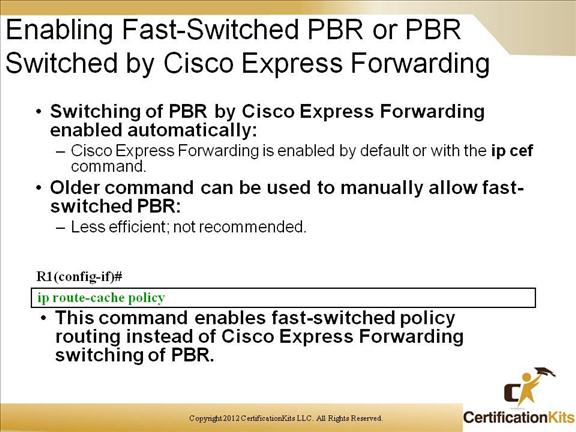 PBR can be fast switched as of IOS released 12.0.  Fast switching of PBR supports all match commands and most of the set commands except for the following: 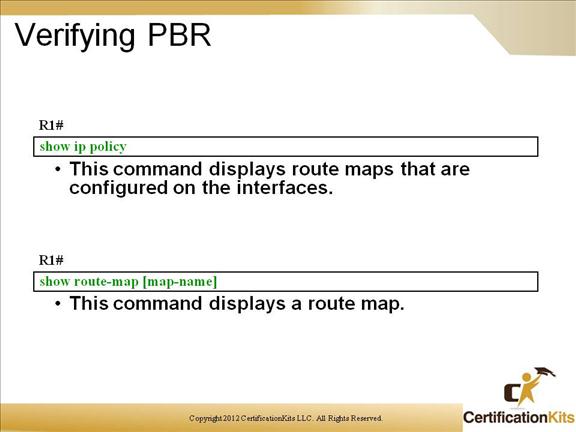 Use the show ip policy command to display route maps that are used for PBR on the interfaces of the router.

Use the show route-map command to display configured route maps. 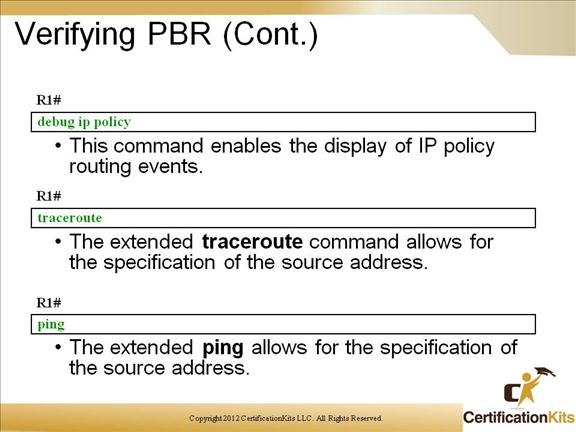 Use the debug ip policy command to display IP PBR packet activity.  The command shows the activities that PBR is performing.  It also displays information that indicates whether a packet matches the criteria.  If the criteria match, the resulting routing information for the packet is displayed as well.

The ping command is used to check host reachability and network connectivity.  You can use the extended command mode of the ping command by not entering any parameters.  You will be guided through a dialog to enter required parameters. 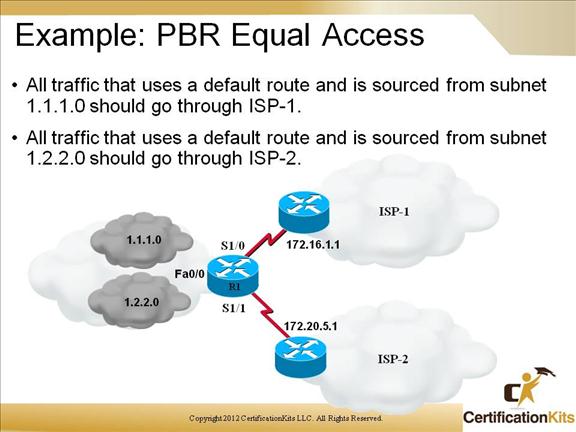 The slide above depicts a common scenario where an organization is attached to more than one ISP and must build a traffic policy using PBR. 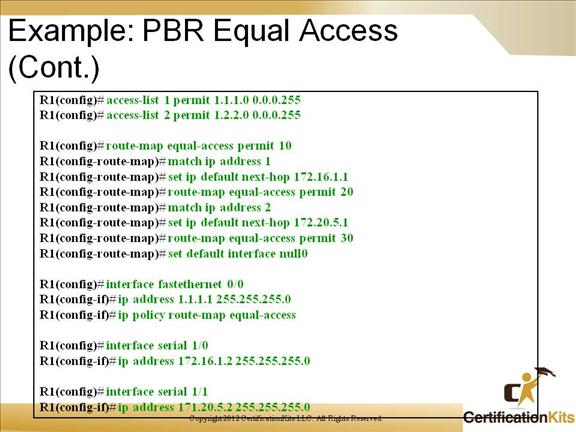 Example config to match equal access based on the figure on the previous slide. 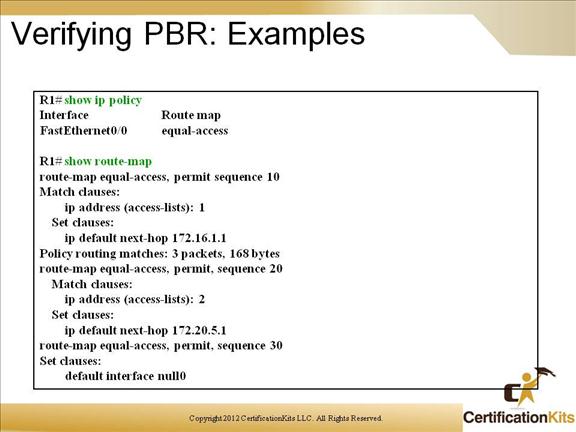 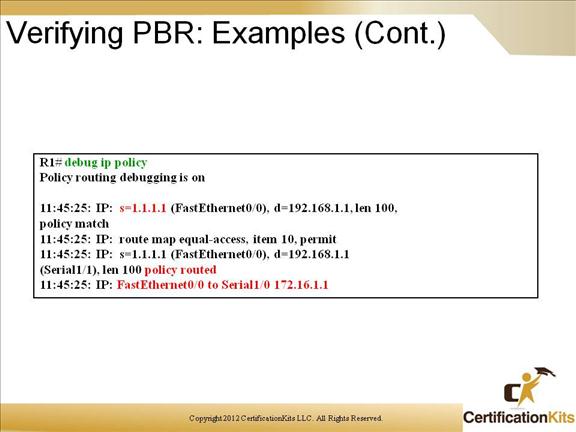 The debug ip policy command can be used to troubleshoot PBR and determine exactly what is going on.  The show logging command allows viewing of buffered log output.  If you are remotely accessing the router, the terminal monitor command is needed in order to view debug output in real-time. 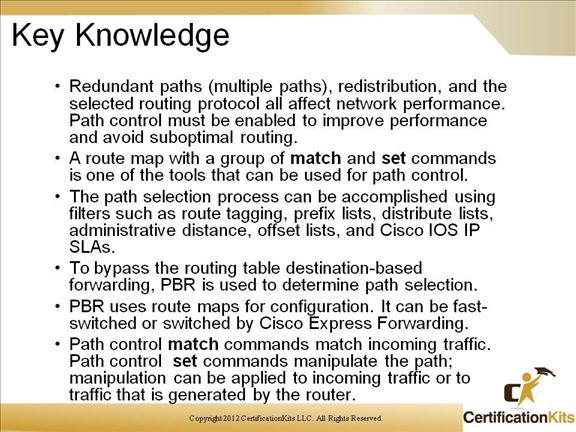