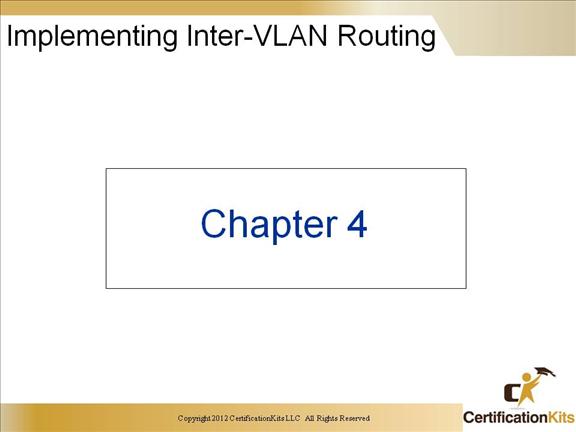 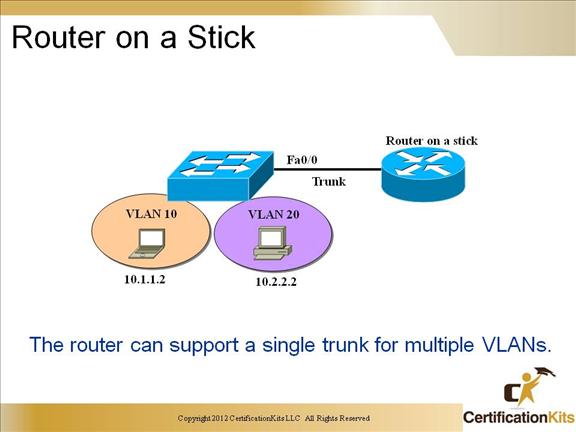 The Inter-Switch Link (ISL) is a Cisco proprietary trunking protocol used to inter-connect two VLAN-capable devices connected at Fast Ethernet or higher. The ISL protocol is a packet-tagging protocol that contains a standard Ethernet frame and the VLAN information associated with that frame.  Since ISL is a trunking protocol, it can carry traffic from multiple VLANs.

Simple to implement using any combination of systems

Single point of failure if only one router is used

Network topology can cause performance issues 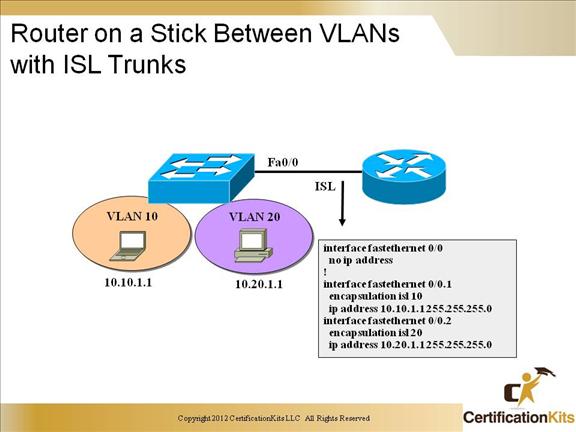 When utilizing ISL trunks on a router, sub-interfaces are utilized on fastethernet and higher interfaces.  ISL trunks are Cisco Proprietary.

Cisco CCNP SWITCH Router on a Stick Between VLANs with 802.1Q Trunks 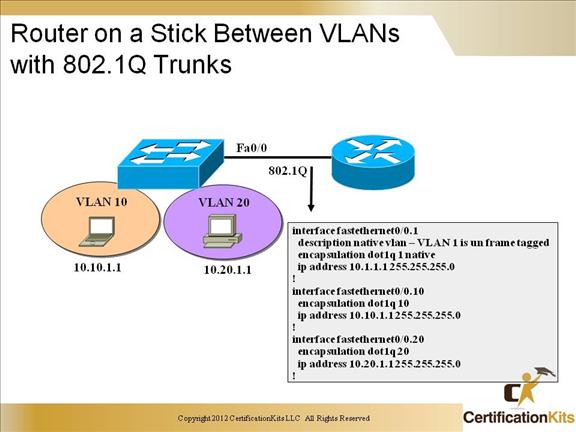 When utilizing 802.1Q trunks, otherwise known as dot1q trunks, sub-interfaces are utilized on fastethernet and higher interfaces.  Dot1q trunks are standards based so they can interoperate with equipment other than just Cisco equipment. 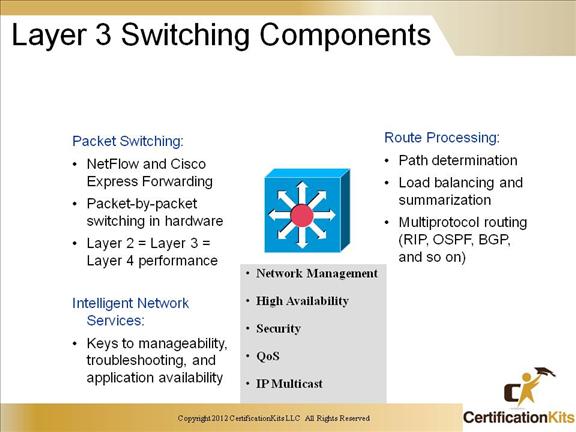 This slide poses the problem of communicating between VLANs. VLANs, by their nature, are designed to keep data from traversing the VLAN borders.

End users stations need to communicate with entities outside the VLAN borders.  Hardware Layer 3 switching allows the Policy Feature Card (PFC) and Distributed Forwarding Cards (DFCs), instead of the Multi-Layer Switch Feature Card (MSFC), to forward IP unicast traffic between subnets. Hardware Layer 3 switching provides wire-speed forwarding on the PFC and DFCs, instead of in software on the MSFC. 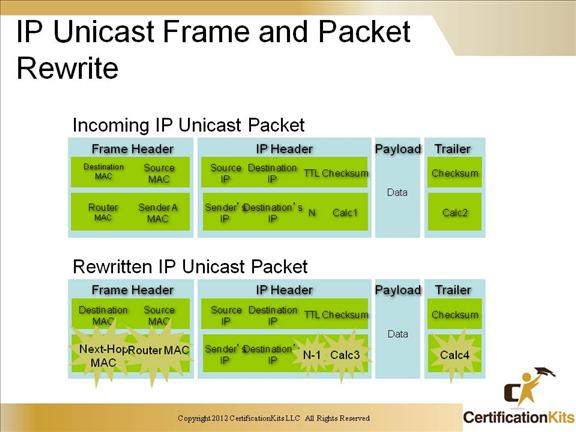 When a packet is Layer 3 switched from a source in one subnet to a destination in another subnet, the Catalyst 6500 series switch performs a packet rewrite at the egress port based on information learned from the MSFC so that the packets appear to have been routed by the MSFC. 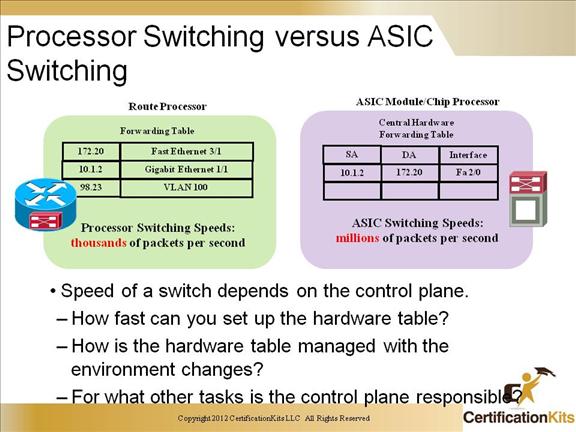 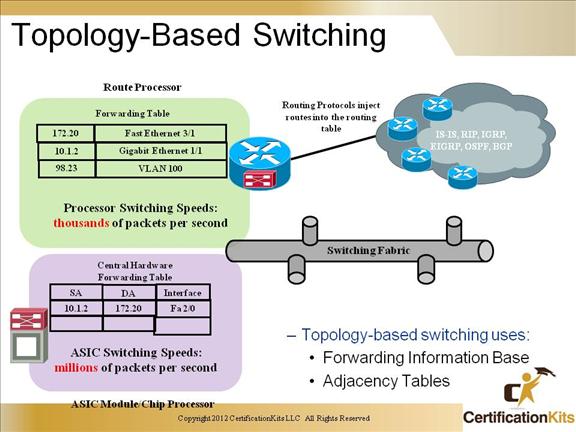 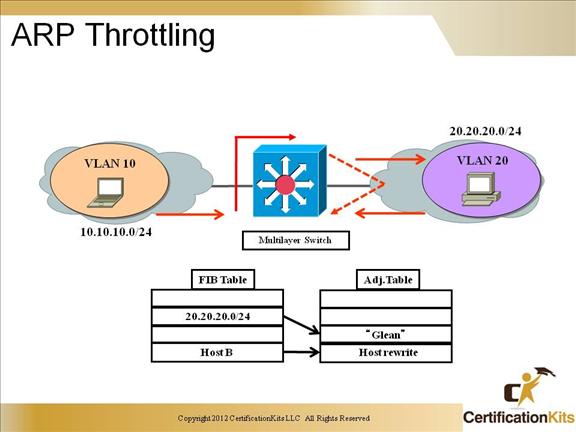 ARP throttling limits the rate at which packets destined to a connected network are forwarded to the route processor. Most of these packets are dropped, but a small number are sent to the router (rate limited). 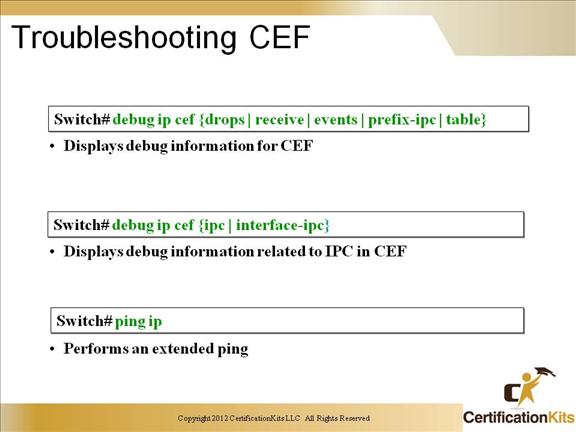 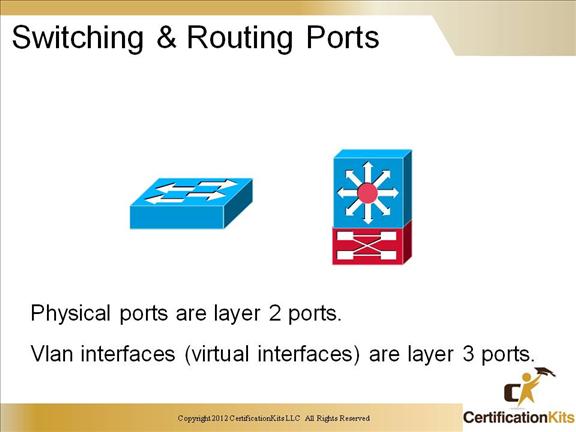 Layer 3 switch virtual interfaces represent a VLAN of switch ports as one interface to the routing or bridging function in the system.  L3 interfaces are created the first time that you enter the vlan interface configuration command for a VLAN interface.  You would configure a VLAN interface for each VLAN for which you want to route traffic, and assign it an IP address. 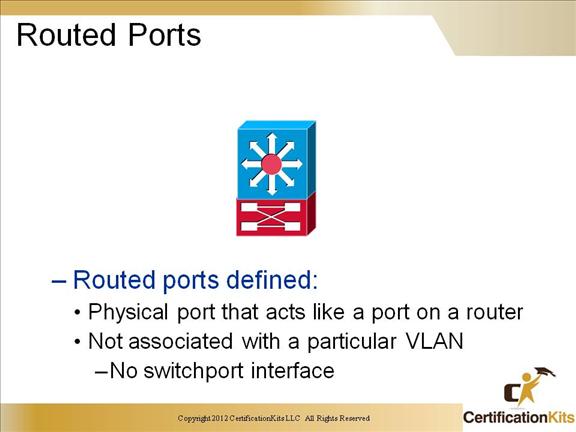 To configure a routed port: 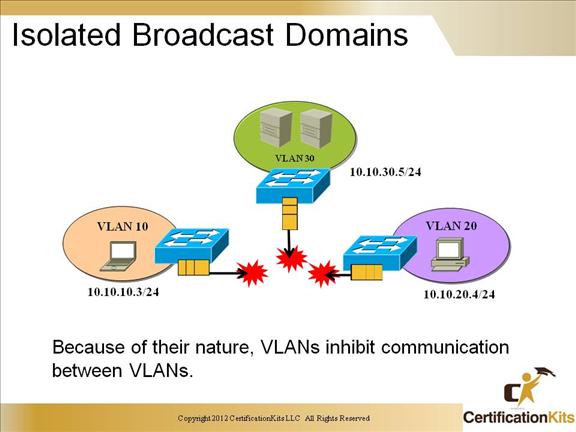 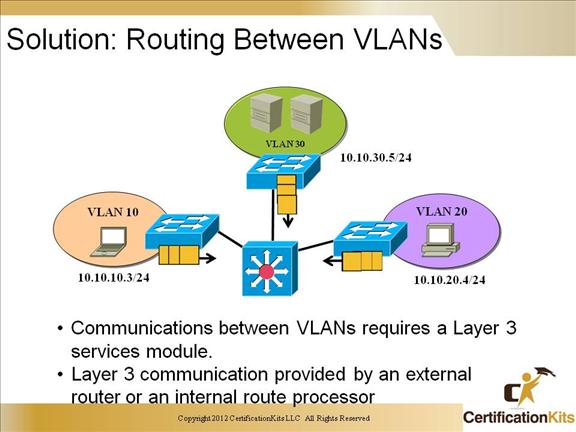 In switched networks, route processors are used to provide communications between VLANs.  Before you can configure routing between VLANs, you must have defined the VLANs on the switches in your network. 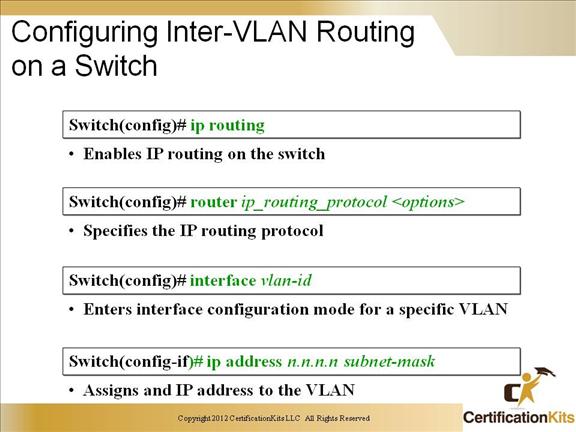 A majority of today’s switches can be configured as either layer 2 or layer 3.  To enable a Cisco switch to be capable of layer 3 routing, the ip routing command is utilized.  When switchports are utilized, ip addresses are configured on the interface vlan. 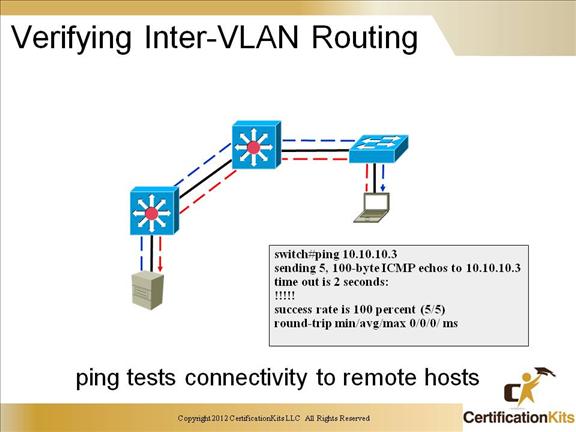 Success rate is 100 percent or ip address is alive. This response occurs in 1 to 10 seconds, depending on network traffic and the number of ICMP packets sent.

Destination does not respond. No answer message is returned if the host does not

Unknown host. This response occurs if the targeted host does not exit

Network or host unreachable. This response occurs if there is no entry in the route table for the host or network.

You can also test the routes packets will take from the route processor to a specific destination by using the trace ip destination command. 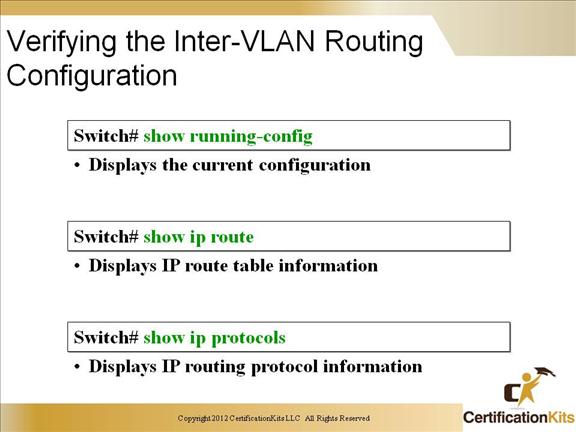 The above slide lists three valuable show commands that can be used to verify layer three configuration. 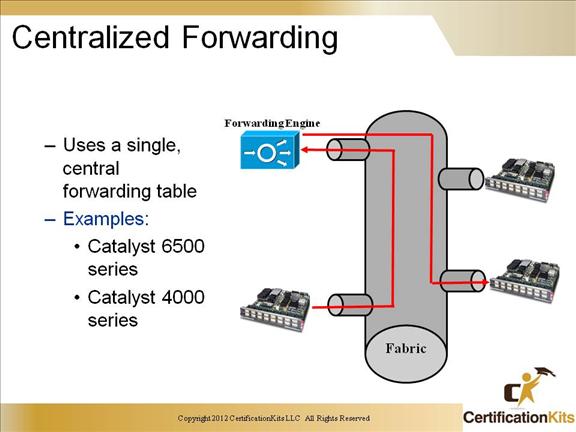 Forwarding performance-Forwards up to 30 mpps per system (Cisco Express Forwarding) or when equipped with the optional dCEF daughter card for full local forwarding, can deliver up to 48 mpps sustained throughput per slot with sustained system throughput of up to 400 mpps 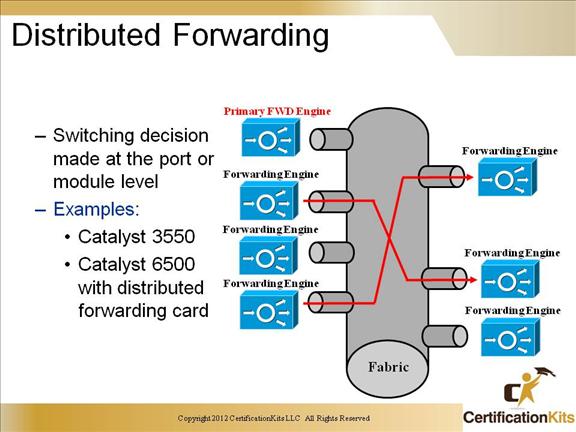 The Catalyst 6500 Distributed Forwarding Card is installed in DFC-enabled line-card modules that perform distributed forwarding supported by the Catalyst 6500 Supervisor Engine 2 as a field upgrade. These line cards include the WS-X6516-GBIC and the WS-X6816-GBIC.