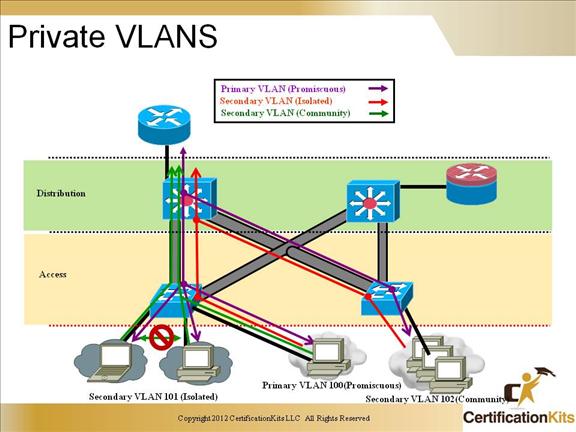 Service providers often have devices from multiple clients, in addition to their own servers, on a single Demilitarized Zone (DMZ) segment or VLAN. As security issues proliferate, it becomes necessary to provide traffic isolation between devices, even though they may exist on the same Layer 3 segment and VLAN. Catalyst 6500/4500/3750 switches implement PVLANs to keep some switch ports shared and some switch ports isolated, although all ports exist on the same VLAN. The 2950/2960 and 3550/3560 support “protected ports,” which are functionality similar to PVLANs on a per-switch basis. 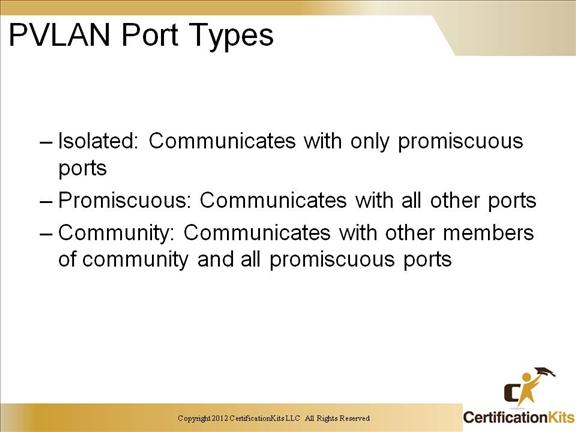 Community: Community ports communicate among themselves and with their promiscuous ports. These interfaces are isolated at Layer 2 from all other interfaces in other communities, or in isolated ports within their PVLAN.

PVLAN ports are associated with a set of supporting VLANs that are used to create the PVLAN structure. A PVLAN uses VLANs in three ways:

As an isolated VLAN: Carries traffic from isolated ports to a promiscuous port. 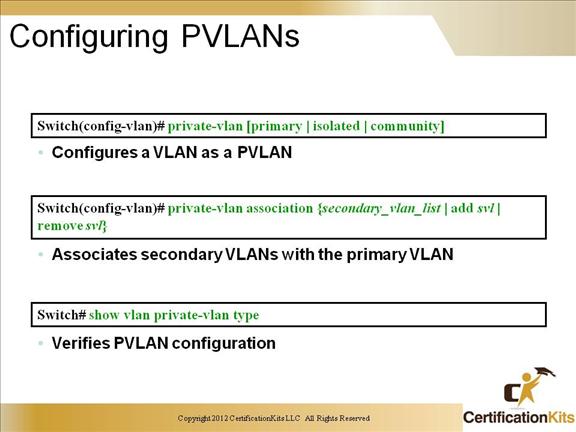 – Configure an interface as an isolated or community port.

– Associate the isolated port or community port with the primary-secondary VLAN pair.

– Configure an interface as a promiscuous port.

-Map the promiscuous port to the primary-secondary VLAN pair.

– Use these commands to configure a VLAN as a PVLAN: 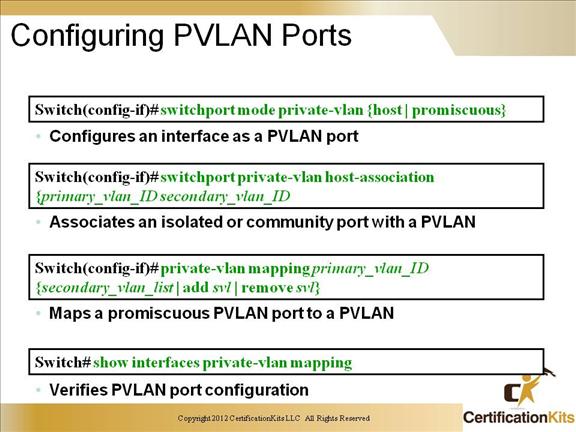 Here are best practices to consider when you configure a Layer 2 interface as a PVLAN promiscuous port:

– The secondary_vlan_list parameter cannot contain spaces. It can contain multiple comma-separated items. Each item can be a single PVLAN ID or a hyphenated range of PVLAN IDs.

– Use the remove keyword with a secondary_vlan_list to clear the mapping between secondary VLANs and the PVLAN promiscuous port.

– Use the no keyword to clear all mapping from the PVLAN promiscuous port. 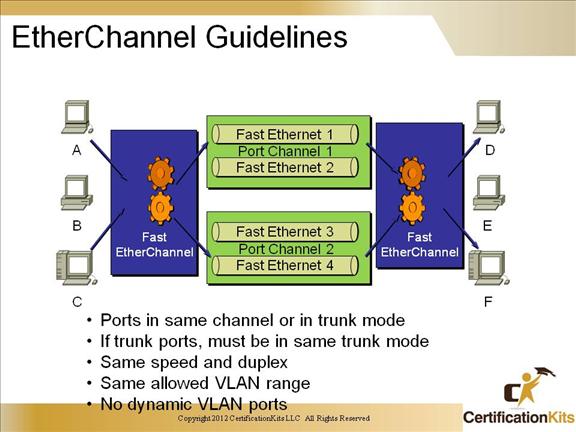 In order to successfully deploy EtherChannel you must follow some simple rules: 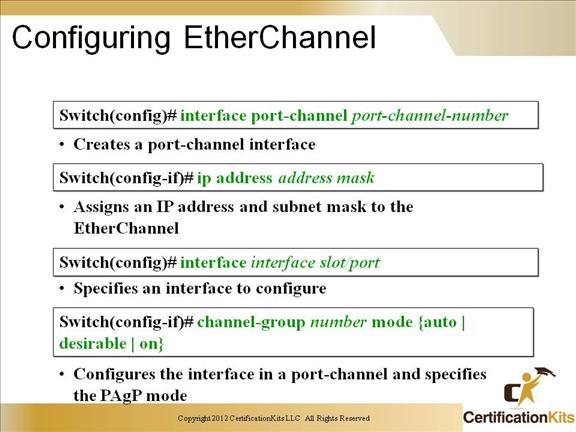 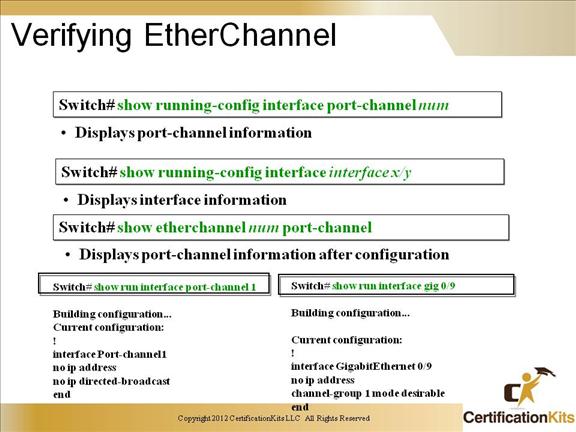 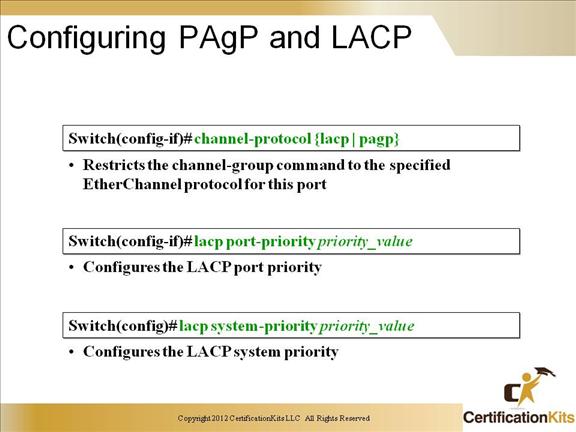 Port Aggregation Protocol (PAgP) is a Cisco-proprietary protocol that is used to expedite the automatic creation of EtherChannels by exchanging packets between Ethernet interfaces.

Link Aggregation Control Protocol (LACP) is defined in IEEE 802.3ad.  It configures the maximum number of compatible ports in a channel, up to the maximum allowed by the hardware (eight ports). 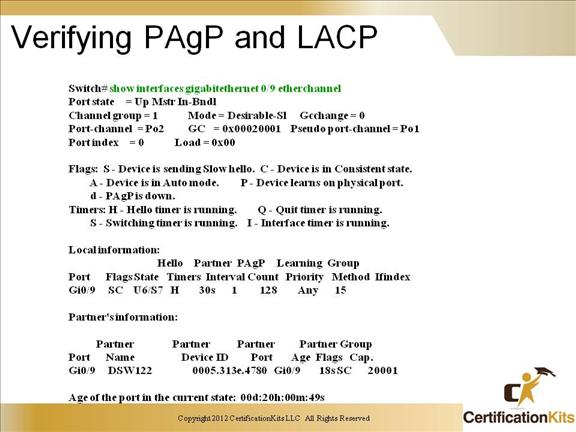