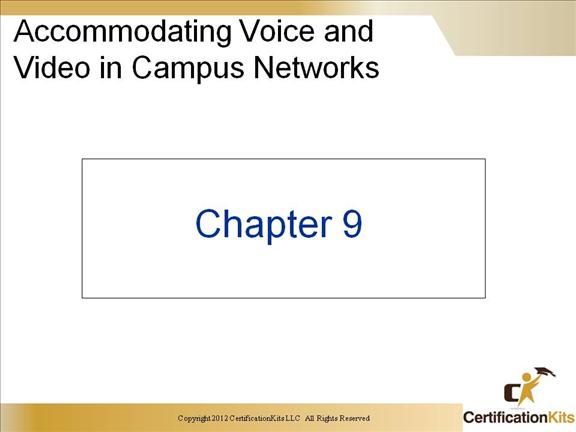 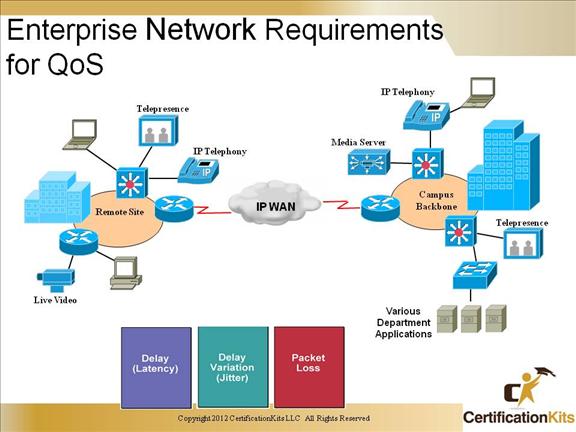 Voice, Data, Video. Slow, Fast, Full, Half.  Point is, not everything is the same.  You can find a number of different types of traffic in your network that cross paths that are not configured quite the same. Network administrators need a way to manage problem areas on an application basis. That is where QoS comes in.

Cisco CCNP SWITCH Need for QoS on the Campus Network 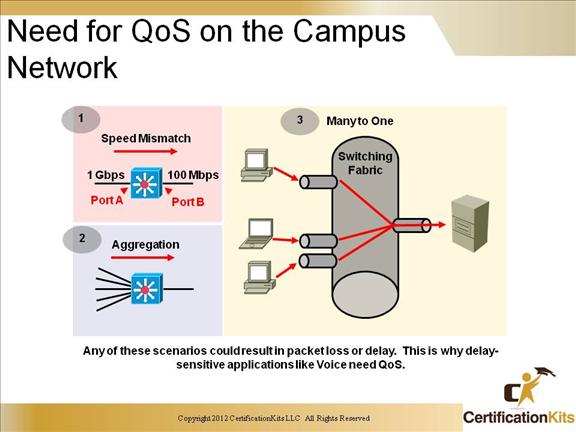 More often than not you will find a need for QoS on your campus network.  Why?  Well lets take a look at the above Scenarios 1, 2 & 3.

Not all links are created equally.  This scenario identifies the classic speed mismatch.  Lets say that traffic originates on Port A, a lot of traffic and the path to it’s final destination is out of Port B.  Sound simple enough until we evaluate the link speeds associated with each of the ports.  The traffic that originated on Port A may not overwhelm Port A, but it might cause a significant impact on Port B.  QoS can be configured here to help identify what type of traffic should get priority.

Each of these scenarios mimic each other and identify similar situations that lead network engineers to configure QoS on their network.  Scenario 2, similar to Scenario 3, identifies traffic from many different locations not necessarily communicating with a single host but to a single subnet, yuck.  QoS baby.

Everyone, everywhere on you network can’t get enough of that Web Server.  Since your users are coming from different parts of your network they might not all have the same speed and duplex connections, but even more so the link that connects the server can be experiencing massive congestion.  Need I say QoS. 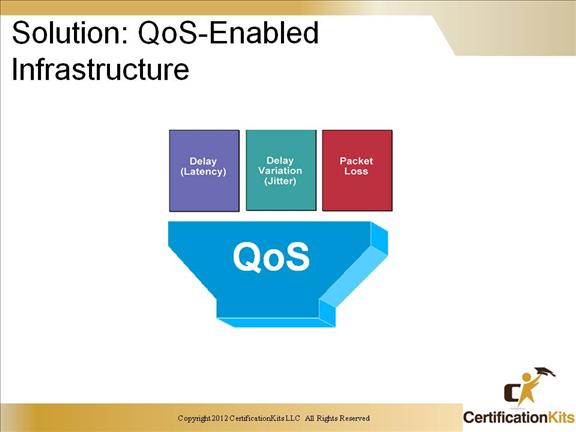 QoS allows you to do the following:

Cisco recommends that QoS be configured between the Access and Distribution layers of the Hierarchical Model. 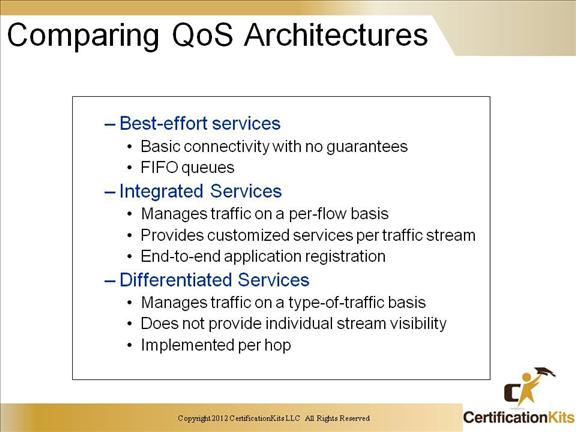 Alright already your sold on QoS now right?  Well, lets hold on before we run off and buy off on this stuff.  Before we implement QoS, we need to understand the QoS architectures.  Here they are:

Basic connectivity with no guarantees

Manages traffic on a per-flow basis

Manages traffic on a type-of-traffic basis

Does not provide individual stream visibility 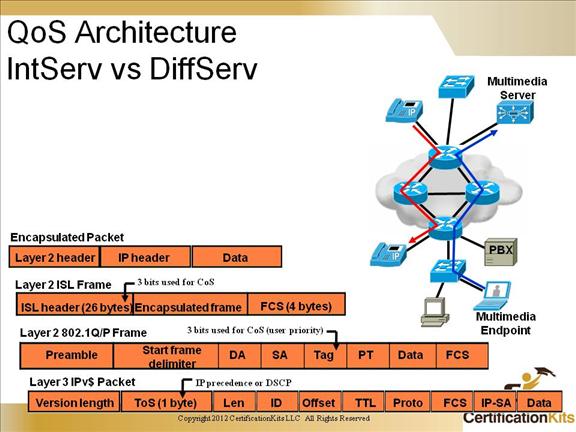 IntServ provides multiple service levels depending on how and what you configure.  IntServ will request a specific kind of service from the network before sending any data.  IntServ uses RSVP in order to ensure end-to-end QoS services.

DiffServ offers multiple-service models to satisfy differing requirements.  DiffServ is implemented through six-bit DSCP field definitions.  The DSCP field is in the IP header in the ToS field. 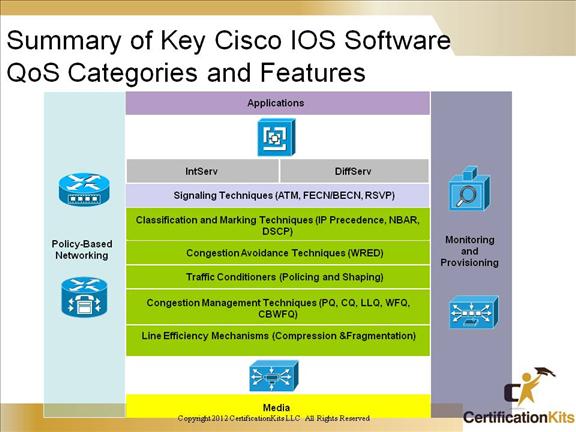 Congestion avoidance techniques monitor network traffic loads in an effort to anticipate and avoid congestion at common network and internetwork bottlenecks before it becomes a problem. These techniques are designed to provide preferential treatment for premium (priority) class traffic under congestion situations while concurrently maximizing network throughput and capacity utilization and minimizing packet loss and delay. WRED and DWRED are the Cisco IOS QoS congestion avoidance features.

D-WRED
Distributed weighted random early detection (D-WRED), a high-speed version of WRED that runs on VIP-distributed processors. The D-WRED algorithm provides functionality beyond what WRED provides, such as minimum and maximum queue depth thresholds and drop capabilities for each class of service. 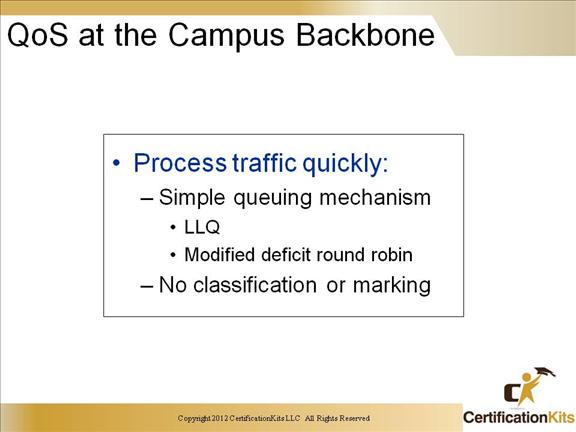 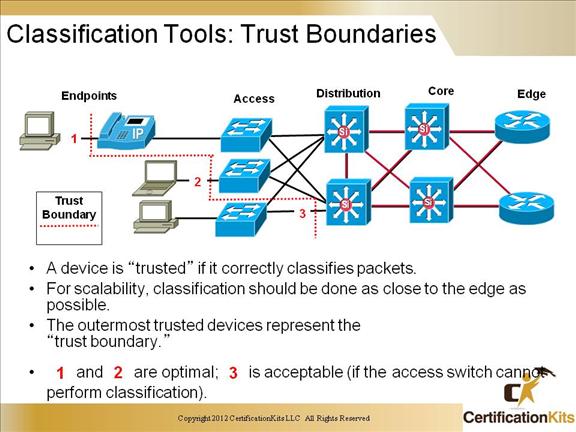 Trust boundaries establish a border for traffic entering the campus network. As traffic traverses the switches of the campus network, it is handled and prioritized according to the marks received or trusted when the traffic originally entered the network at the trust boundary.

At these boundaries, traffic will be allowed to retain its original QoS marking or will have new marking ascribed as a result of policies associated with its entry point into the network. 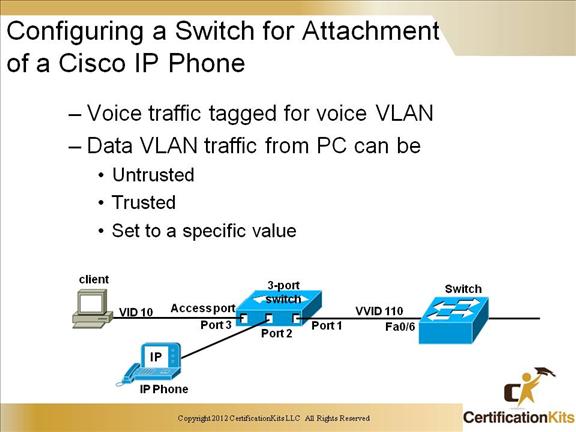 Enable voice VLAN on a switch port and associate a VLAN ID.

Trust the CoS value of frames as they arrive at the switch port.

Make this trust conditional on a Cisco IP Phone being attached.

Or Set the CoS value to frames coming from the PC attached to the IP phone. 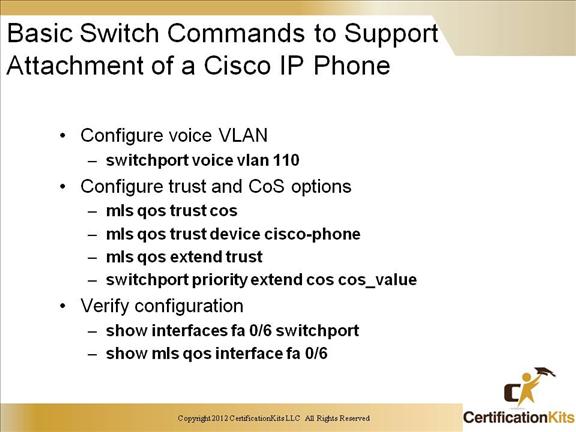 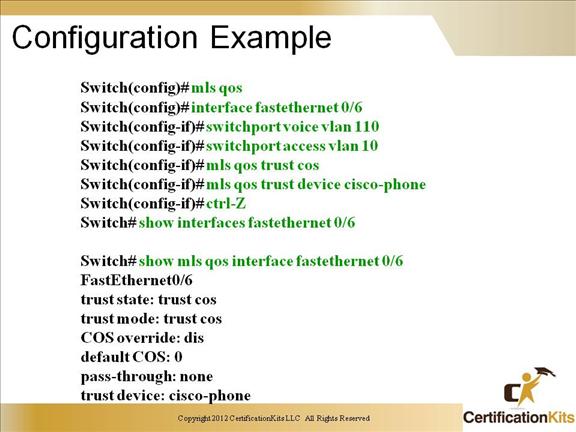 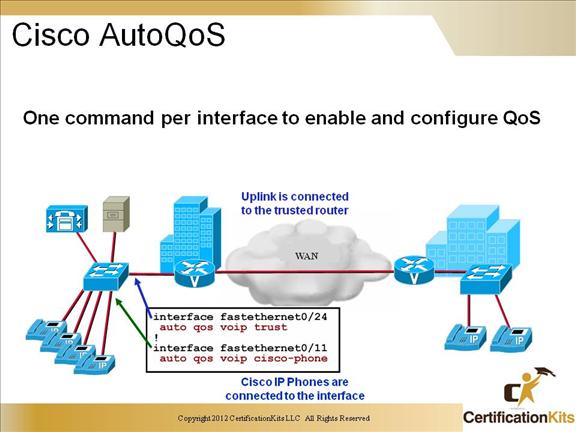